Arun Jaitley at BJP meet: UPA uneasy as corruption was never on agenda 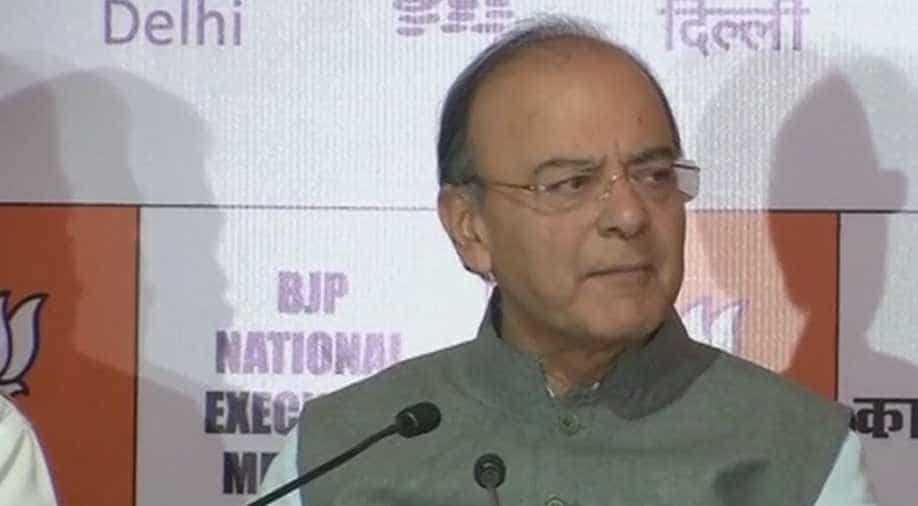 Arun Jaitley said PM Modi has used the phrase 'I have no relatives' to emphasise battle against corruption.

Arun Jaitley today in BJP national execution meet said that the main point of the PM's speech was that we should take BJP beyond elections and make it an instrument of mass participation.

He further said that PM has said that for Opposition -- Power is the means of enjoyment. However, power is not for enjoyment, it is for serving people (PM ne kaha ki vipaksh ke liye satta ek upbhog ka saadhan hai. Satta sukh ke liye nahi,sewa ke liye hoti hai).

Jaitley further said that the PM said sometimes the Opposition uses harsh words when there is no specific allegation, harsh language cannot be a substitute for a substantive charge.

PM Modi today at 6.30 pm will make an announcement of an important scheme for the poor, said the finance minister.

Jaitley said that it was never on UPA's agenda to step against black money and corruption, so if the BJP takes any step against it, they will be uneasy about it. "Modi's battle against corruption is un-compromised, whoever gets caught will not be let off easily, and to emphasise this he (PM) has said 'I have no relatives'," he said.