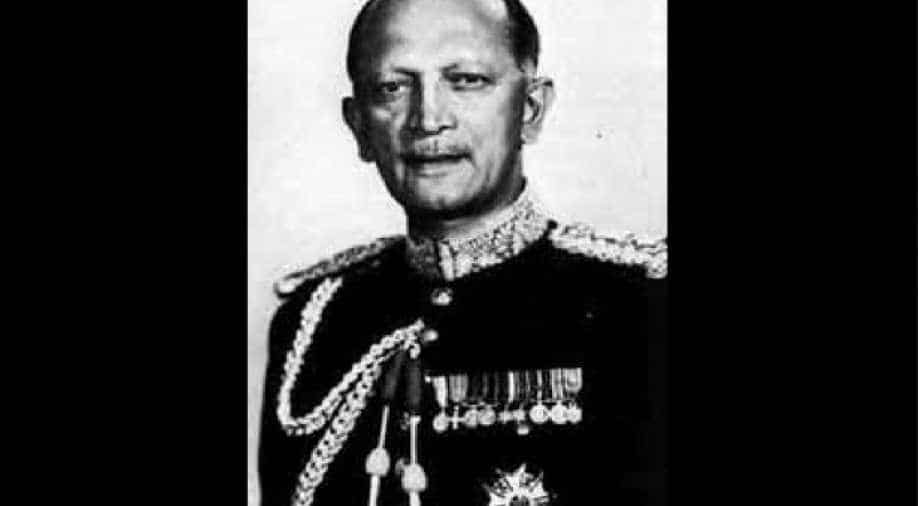 Cariappa was born on 28 January 1899, in Madikeri, Kodagu (Coorg). He was the one who led the Indian troops in the significant Indo-Pakistan War of 1947. Photograph:( Others )

January 15 is observed every year as Army Day in India. The day is celebrated in honour of Field Marshal Kodandera M Cariappa who took over as the first Commander-in-Chief of the Indian Army from General Sir Francis Butcher of the British army in 1949.

The day commemorates the valiant soldiers for their sacrifice to the nation and its citizens.

Cariappa was born on 28 January 1899, in Madikeri, Kodagu (Coorg). He was the one who led the Indian troops in the significant Indo-Pakistan war of 1947.

He was also the first Indian military officer to have attended the Staff College in Quetta in 1933 and was one of the first two Indians to be selected for the training at Imperial Defence College in the United Kingdom in 1947.

In 1946, he was promoted as Brigadier of the Frontier Brigade Group.

Colonel Ayub Khan - who later became the president of Pakistan - served under his command during 1946.

He was also widely known for having a strong impact for improving the living conditions of the India Army.

Cariappa finally retired in 1953 after a long and illustrious career.

In 1986, he was awarded the five-star rank of field marshal, the highest honour in the Indian Army, Sam Manekshaw was the only other officer to have held the prestigious rank.

He was also awarded the ‘Order of the Chief Commander of the Legion of Merit’ by US President, Harry Truman.

Cariappa suffered from arthritis and hearth problems and died in his sleep on May 15, 1993 at the Bangalore Command Hospital where he had been receiving treatment for a few years.

His mortal remains were cremated in Madikeri two days later.