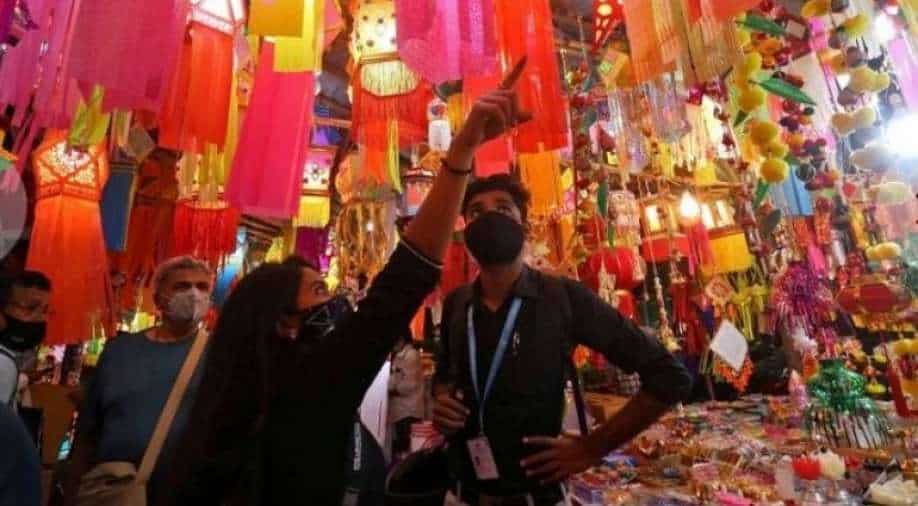 The fact that Indians are banning crackers and other low-cost celebratory items from China this holiday season means higher earnings for India's domestic industry.

In India, Chinese goods are expected to incur significant losses ahead of Diwali and other festivities.

Cheaper Chinese items like firecrackers, ornamental LED lights, lamps, and lanterns, which used to sell like hotcakes ahead of Diwali, have lost their appeal due to anti-China sentiments.

Buyers are gravitating toward handcrafted items this year.

The fact that Indians are banning crackers and other low-cost celebratory items from China this holiday season means higher earnings for India's domestic industry.

The Confederation of All India Traders (CAIT) has predicted that Chinese exporters may suffer losses of up to Rs 500 billion this year as a result of Indians boycotting Chinese items in domestic marketplaces.

According to a poll conducted by the Confederation of All India Traders (CAIT), which represents millions of small traders, imports have increased from US$2 billion in 2001 to US$70 billion in 2020.

However, with strained relations between the two countries and Prime Minister Narendra Modi's push for manufacturing self-sufficiency, the CAIT has spearheaded calls for customers to boycott Chinese goods.

According to the confederation's recent assessment of 20 "distribution cities," no orders for Diwali products, firecrackers, or other things were placed with Chinese exporters this year.

But there's one more fact: despite boycott calls, India's imports from China have soared.

Between April and July 2021, Chinese imports increased by more than 66% to US$27.66 billion, according to data from India's Commerce and Industry Ministry.