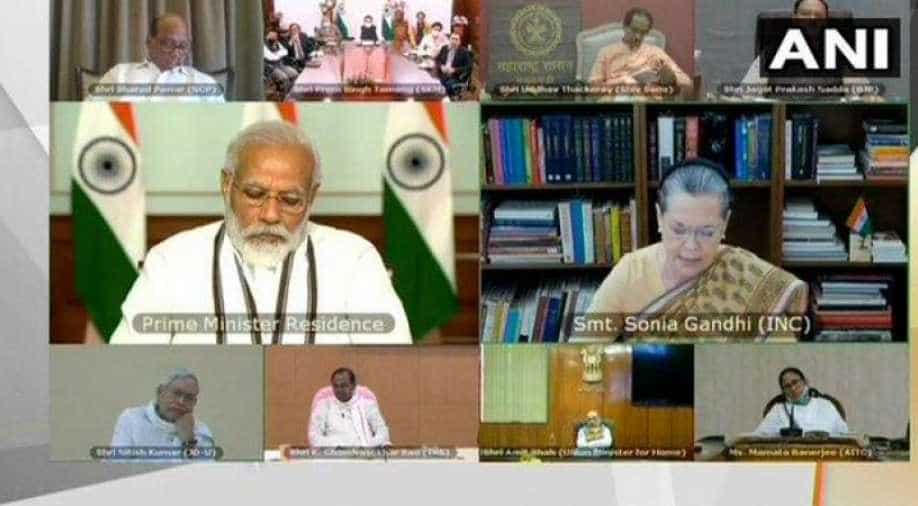 The virtual meeting began with participants paying tributes to the 20 Indian soldiers killed in the violent face-off with Chinese troops in East Ladakh earlier this week.

An all-party meeting called by Prime Minister Narendra Modi to discuss the situation along the India-China border on Friday saw leaders of major political parties putting across their views on the sensitive issue.

The virtual meeting began with participants paying tributes to the 20 Indian soldiers killed in the violent face-off with Chinese troops in East Ladakh earlier this week.

Singh and Jaishankar spoke on the stand-off at the meeting.

The government had invited presidents of major political parties for the meet.

Opposition parties, including the Congress, have been asking the government to be transparent about the situation on the border and slammed its handling of the issue.

Congress president Sonia Gandhi, to this end, asked the government whether there was any intelligence failure on the situation, and sought an assurance from the prime minister that status quo ante would be restored at the border and China will revert to its original position.

She posed a set of questions to the government, asking specifics about when Chinese troops intruded into the Indian territory in Ladakh and whether the country's external intelligence agencies did not report any unusual activity there.

"The question is, what next? What is the way forward? The entire country would like an assurance that the status quo ante would be restored and China will revert to the original position on the Line of Actual Control," she said.

Gandhi alleged that valuable time was lost between May 5 and June 6 and the government failed to use all avenues of talks to ease the situation and the result was the loss of 20 lives as well as injury to dozens of personnel.

She also asked about the current status of the Mountain Strike Corps, with two mountain infantry divisions, that was sanctioned in 2013. "Should the government not treat it with utmost priority," she asked.