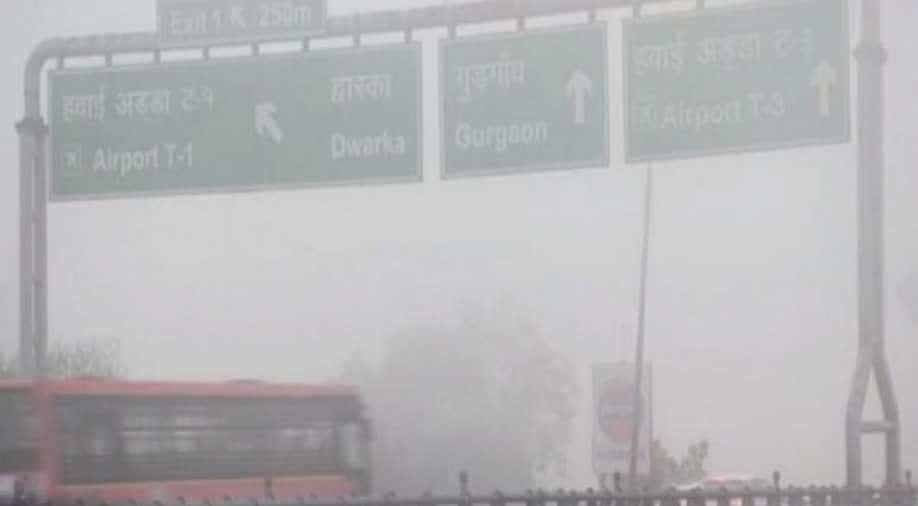 Yesterday, the air quality was in a satisfactory zone with the AQI in double digits.

Yesterday, the air quality was in a satisfactory zone with the AQI in double digits.

According to the System of Air Quality and Weather Forecasting And Research (SAFAR), major pollutants PM 10 and PM 2.5 were both at 92 in the Dhirpur area.

In Chandni Chowk, one of the most crowded areas of the capital, the AQI was 133 while the same was 113 at the airport, both of which fall under the 'moderate' category.

The capital city experienced fog-like conditions early in the morning.

Residents of Lutyens Delhi complained of fog in the morning.

"Though the pollution levels are comparatively less the fog has engulfed the region. It is much better now but the air should be more cleaner," said Aditya.

Another resident named Sarthak also claimed that fog covered Delhi in the morning and added that "requisite measures should be taken to curb the pollution menace".

The Centre-run SAFAR has advised 'sensitive groups' to consider reducing prolonged or heavy exertion throughout the day.

"Take it easy if symptoms such as coughing or shortness of breath occur," the organisation stated in its advisory.