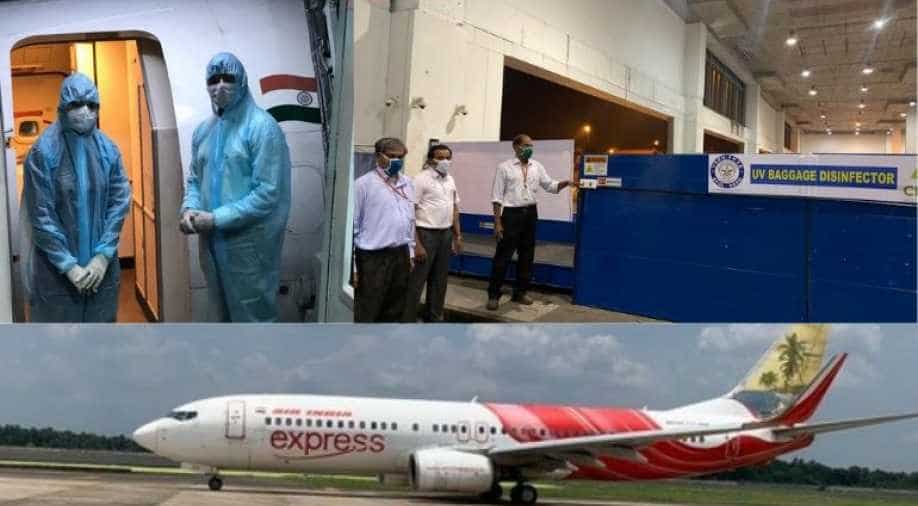 First two repatriation flights from UAE have landed in Kerala.

The first repatriation flight from Abu Dhabi landed in Kochi around 10:15pm(local time) on Thursday. The flight was scheduled to land around 9:30pm. Air India Express flight brought back around 175 stranded Indians from Abu Dhabi.

Also read: India fixes $40 per head for repatriation by sea from Male to Koch

The second flight that took off from Dubai for Kerala around 8:30pm on Thursday landed at Kozhikode airport at 11:30pm, the original expected time of arrival was 10:30pm. The flight brought back 177 stranded Indians from Dubai.

Defence Research and Development Organization (DRDO) officials had installed an ultra violet disinfection chamber at the Cochin International Airport in Kerala. The chamber was used to disinfect the baggage coming at the airport. The chamber has been developed by a laboratory in Cochin.

These flights are being operated under the Vande Bharat Mission. The aviation company is using Air India Express IX419 to bring back stranded Indian nationals.

While the focus remains on Gulf countries, where 3 lakh people are stranded, Air India will also be operating repatriation flights to Singapore, Kuala Lumpur, Kuwait, Muscat, Bahrain, Malaysia, Philippines, Bangladesh, the US and the UK.

Meanwhile, Air India's first repatriation flight to Singapore also took off from Delhi Airport around 11:20pm on Thursday with only one passenger. The flight is expected to return to India on Friday.

This is India government's biggest repatriation operation as around 14,600 citizens are expected to be brought back to the country in 64 flights, within the first week of the operation.