Air India has to be privatised, no other option: Hardeep Puri 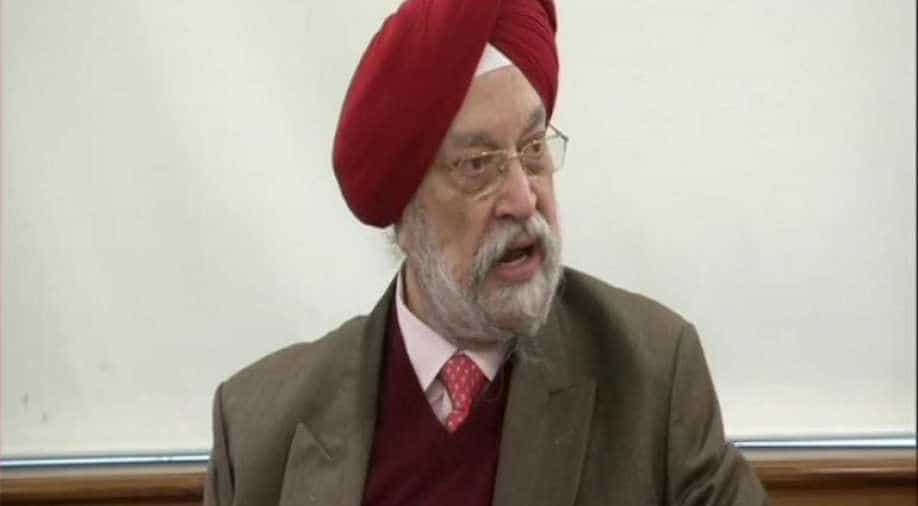 The government on Tuesday said that privatisation of debt-ridden Air India has become a compulsion as fear grows about the shutdown of the national carrier.

Addressing a press conference here, Union Civil Aviation Minister Hardeep Singh Puri said that privatisation is the only option and it has to be done.

"I had said earlier also, for us, it is not an option. Air India has to be privatised," Puri said.

He said, "Air India over a period of time has now gathered debt which could be described as unsustainable."

"We do not become a slave to or victim of certain deadlines, we are doing it seriously. We are trying to do it (privatisation of Air India) as quickly as possible," he added.

He also said that the government will issue a new expression of interest to sell the national carrier.

While replying to a question over the air-line fares and will there be any regulation over the same, he said, "Airfares will always be market-driven, no plans to regulate them." Puri had similar comments over the Air India crisis, saying that the Finance Ministry no longer bears the losses of Air India.

"If it (Air India) is not privatised then from where the money would come for it to function? Earlier we used to go to the Finance Ministry to make up the operating loss. We are not getting any money from the finance ministry, we have to go to banks," Puri said.

This statement comes amid growing fears that the carrier may cease to fly by June next year if the issue is not solved and the resignation of pilots and engineers over non-payment of salaries and other dues.

On Monday, A senior Air India official said that the carrier will not be able to run if a solution to the issue is not found till June.

"If some concrete solution of the Air India issue is not found till June next year, then the national carrier will not be able to run. May shut the airline," the official told sources.

Earlier, the Indian Commercial Pilots Association wrote to Puri, asking him to clear pending dues of pilots and commanders of AI, who, they claimed, have not been paid flying allowances and salaries on time for the last 2-3 years.