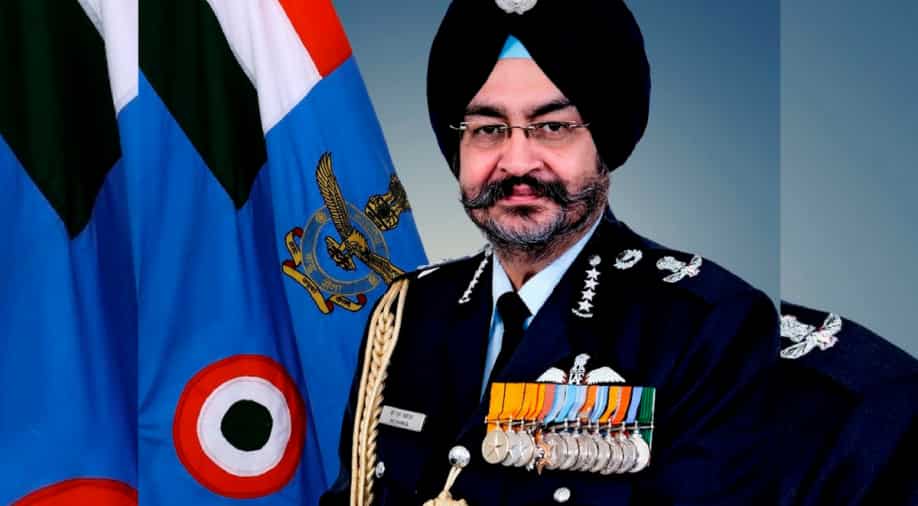 A press note from PIB Defence Wing said, 'Air Chief Marshal BS Dhanoa will be the Chairman COSC with effect from May 31, consequent to the relinquishment of charge by Admiral Sunil Lanba upon superannuation.'

A press note from PIB Defence Wing said, "Air Chief Marshal Birender Singh Dhanoa will be the Chairman COSC with effect from May 31, consequent to the relinquishment of charge by Admiral Sunil Lanba upon superannuation."

The release further said, "Dhanoa, an alumnus of Rashtriya Indian Military College and the National Defence Academy, was commissioned in the Flying Branch of Indian Air Force in June 1978. He is an experienced fighter pilot and a qualified CAT 'A' Flying Instructor with over 3000 hours of flying experience to his credit...The Air Chief Marshal has mainly flown the MiG-21 aircraft with flying experience across the entire spectrum of fighter aircraft of the Indian Air Force."

"During the Kargil war (1999), he was the Commanding Officer of a frontline ground attack fighter squadron. He has held many coveted operational and staff assignments that include command of a frontline fighter Base, Director Fighter Operations and War planning at Western Air Command, Chief Instructor (Air) at DSSC, Assistant Chief of the Air Staff (Intelligence) at Air HQ and Senior Air Staff officer of two operational Commands.

He was the Air Officer Commanding-in-Chief of South Western Air Command and has also been the Vice Chief of the Air Staff," the release added.

Admiral Sunil Lanba is proceeding on retirement on May 31, after a distinguished career spanning over four decades. Dhanoa is an ardent supporter of Tri-Services Jointmanship, he was instrumental in harmonising the efforts of the three Services in a number of Tri-Services issues.