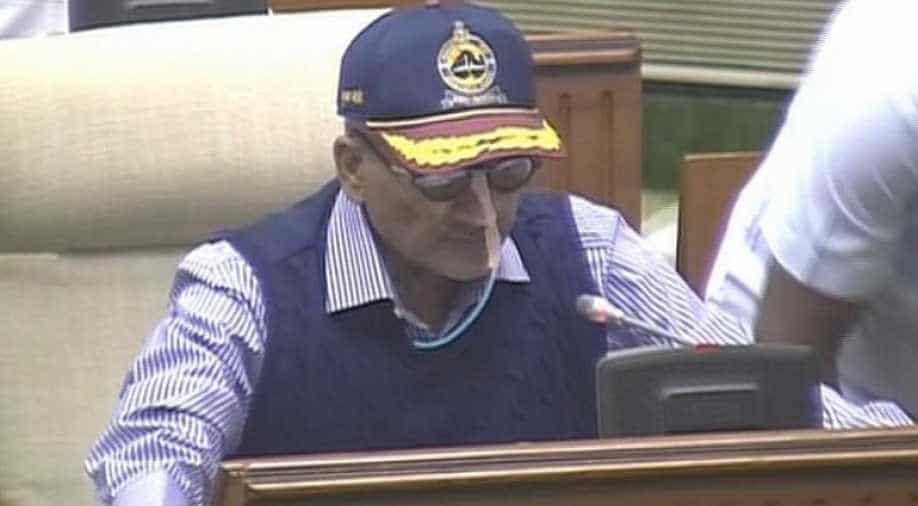 The chief minister's office said in a statement that he had been taken to Goa Medical College and Hospital for an upper GI endoscopy. 'His health condition continues to be stable,' the CMO said.

The chief minister's office said in the statement that he was taken to GMCH for an upper GI endoscopy. "His health condition continues to be stable," the CMO said, adding Parrikar would be kept under observation for around 48 hours.

Parrikar, 63, has been suffering from a pancreatic ailment since the last one year and is recuperating at his private residence.

State Health Minister Vishwajit Rane arrived at the GMCH to inquire about Parrikar's condition. He said the chief minister was kept in an isolated ward, but his condition was stable and he was doing well.

"I spoke to him (Parrikar), tomorrow he will go home. He has come here for a check up," Rane told reporters outside GMCH.

"The chief minister is a fighter. He told me to go home. He is under observation. There is nothing to worry about or speculate. He is absolutely fine," the minister added.

"He will be admitted for a day under observation. The doctors must have wanted some tests to be done. By tomorrow evening he should be back home, he said.

The chief minister, who met State Town and Country Planning Minister Vijai Sardesai in the evening to discuss politics and administration, was shifted to GMCH, almost four km away from his residence, at around 10 pm.

Parrikar was diagnosed with the ailment in February last year. On February 14, 2018 he fell ill and was shifted to GMCH from where he was taken to Lilavati Hospital in Mumbai next day.

The chief minister had returned to Goa on February 20, 2018 to present the State Budget during then ongoing Assembly Session. He left for the US for treatment on March 3, 2018 and returned on June 14, 2018.

Parrikar attended Monsoon Session of State Legislative Assembly from July 19 to August 3, and left for the US on August 10 for a second round of check up.

He returned to Goa on August 22, 2018. As he continued being treated at a make-shift medical facility at his residence, Parrikar was shifted to All India Institute of Medical Sciences at New Delhi on September 15.

After almost a month-long treatment, he returned to Goa on October 14, 2018. Parrikar stunned everyone when he joined the office on January 2, 2019 after a gap of two and a half months.

On January 27, he attended the inauguration of the third bridge on River Mandovi along with Union minister Nitin Gadkari.

He also attended budget session on January 29 and presented State Budget next day. On the last day of session, on January 31, he was taken for treatment at AIIMS, New Delhi and returned to Goa on February 5.