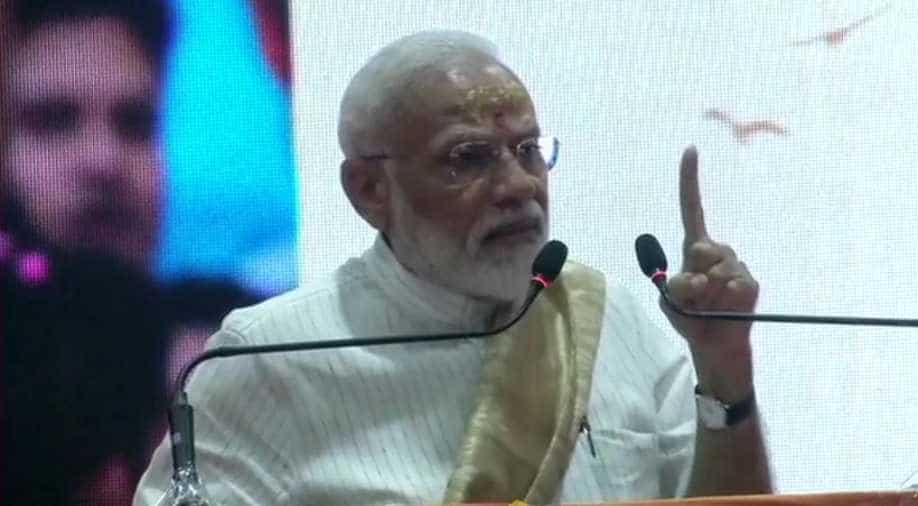 The two leaders discussed ways to enhance economic and social cooperation between India and Kyrgyzstan, marking the first order of business in Foreign Affairs in Modi 2.0.

Soon after taking oath, Prime Minister Narendra Modi on Thursday evening held bilateral talks with President of the Kyrgyz Republic, Sooronbay Jeenbekov, who was here to attend the swearing-in ceremony of the new government.

The two leaders discussed ways to enhance economic and social cooperation between India and Kyrgyzstan, marking the first order of business in Foreign Affairs in Modi 2.0.

"Our talks covered the full spectrum of bilateral ties between our nations and ways to deepen economic and social cooperation in the times to come," the PM wrote.

Ajit Doval's presence in the photos attached to social media post of the Prime Minister indicates that the envoy will continue to hold his office of the National Security Advisor.

Meanwhile, the Prime Minister is expected to hold bilateral meetings on Friday morning with leaders of five countries.

Narendra Modi, who got a massive mandate in the elections, on Thursday took oath as Prime Minister again for a second consecutive term inducting confidant and BJP President Amit Shah into his Cabinet along with the surprise inclusion of former Foreign Secretary S Jaishankar, while retaining most of his earlier Cabinet ministers and dropping seniors like Suresh Prabhu, Maneka Gandhi and Radha Mohan Singh.

In the recently held general election, BJP, which had won 282 seats in 2014, improved its tally by notching up 303 seats. Along with its NDA allies, the number swelled to 353 in the 543-member Lower House of the Parliament.