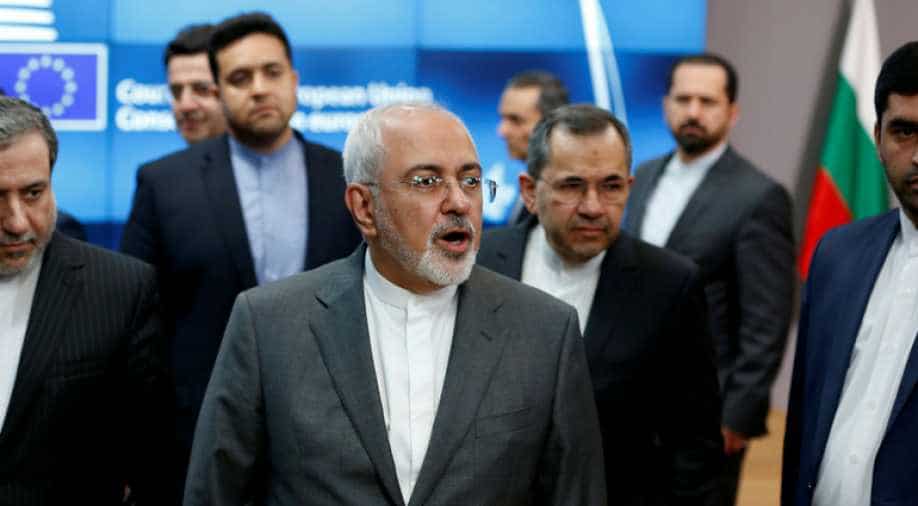 Visiting Iranian Foreign Minister Javad Zarif met with Transport Minister Nitin Gadkari on Tuesday in Delhi. This was their first meeting since India took over operations of a part of Chabahar port in Iran.

Speaking to the media after their meeting, Gadkari said: "We had good discussions with Minister Zarif on Chabahar port. Received first ship from Brazil at Chabahar. We have started activity with help of Iranian operator. Regarding machinery order financial arrangement is ready."

Gadkari also annouced that India has given permission to the Iranian Bank to open in Mumbai within 3 month and both sides have "resolved lot of pending issues.

"Minister (Zarif) give lot proposals for future. We need steel. We ready to supply urea. We had detailed discussion. We resolved lot of pending issues. Function of Chabahar is important for us. Confident we are in position to start function of Chabahar."

Zarif said he hoped New Delhi and Tehran would continue to cooperate despite the "illegal US sanctions".

He added that "Iran and India have complimentary economies. We need Indian goods and services and India needs goods and services. In banking sector, very happy that both UCO Bank and Pasargad Bank are getting started with business. We have full range of options. We hope despite the illegal US sanctions, India and Iran can cooperate for the benefit of the people and region."

Asked if Iran would be keen to supply cheap gas to India to develop industry in Chabahar and nearby areas, Zarif said, "We open to discussion with India so that they can start investments in Chabahar area including petrochemicals. We always open for discussions with India in that area and we welcome proposal from India."

Chabahar is key to India's connectivity to its near-west regions, especially Afghanistan and central Asia. Chabahar is also crucial to the North-South International Corridor which connects Mumbai to Moscow.

India has already conveyed its readiness to support the development of the Chabahar-Zahedan Rail line to boost connectivity. The physical taking over of the terminal area, cargo handling equipment and office building at Shahid Beheshti Port was completed by December 29 last year and commercial operations have since begun.

A Cyprus-registered bulk carrier, the MV Macheras, arrived at Chabahar with a 72,458 MT cargo of corn on December 30.

The US has already given India a waiver from sanctions on the port. The US State Department told WION last year that "after extensive consideration, the Secretary has provided for an exception from the imposition of certain sanctions under the Iran Freedom and Counter-Proliferation Act of 2012 (IFCA) with respect to the development of Chabahar port and the construction of an associated railway and for the shipment of non-sanctionable goods through the port for Afghanistan’s use, as well as Afghanistan’s continued imports of Iranian petroleum products.‎"