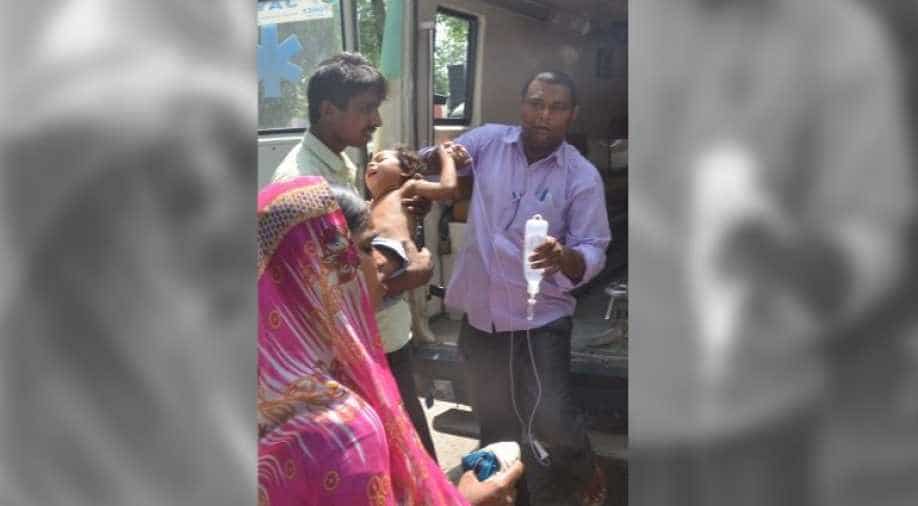 A child with Acute Encephalitis Syndrome (AES) symptoms being taken to a hospital in Muzaffarpur, Bihar. Photograph:( IANS )

The death toll in Bihar due to Acute Encephalitis Syndrome (AES) has risen to 136 affecting children across 16 districts.

The government has also announced that it would reimburse any expenses involved in getting children treated at private hospitals and nursing homes or hiring of ambulances.

To accommodate the rising number of encephalitis patients, Shri Krishna Medical College and Hospital (SKMCH) in Muzaffarpur has converted prisoners' ward into an ICU.

Meanwhile, the Supreme Court has agreed to hear a plea next Monday, seeking a direction to the Centre to urgently constitute a team of medical experts for the treatment of the children in Muzaffarpur.