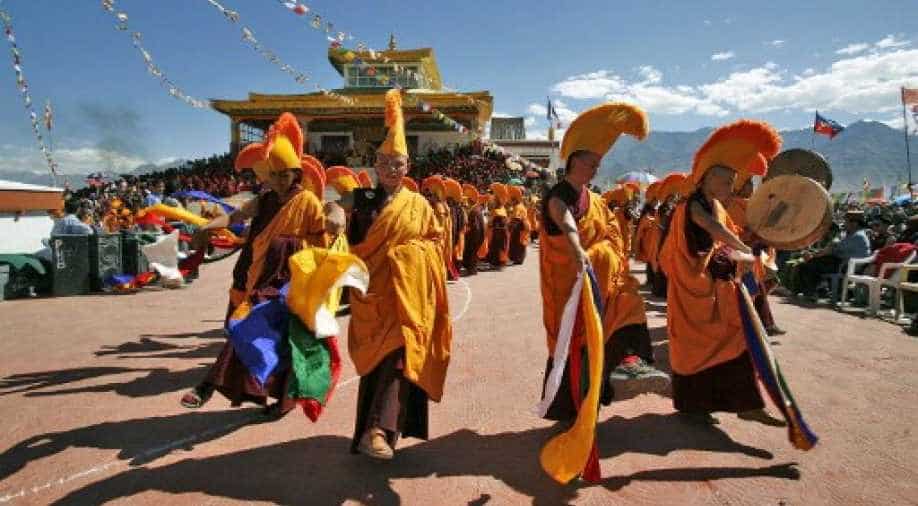 PM Modi had vowed to make Ladakh a carbon-free region in the coming years with the start of Ladakh Greenhouse project targeted to increase the availability of vegetables throughout the year.

Ladakh was declared a Union Territory on August 5 last year as the Indian government granted UT status to the region in a historic decision. The people of Ladakh had requested for UT status way back in 1949 in order to address the development needs of the area, their wish was finally granted in 2019.

A year later, several development projects have been kick-started by the government including the Alusteng-Drass-Kargil–Leh transmission system which was completed in February last year even before Ladakh was converted into a Union Territory. The move helped Ladakh to be linked to the national grid ensuring uninterupted power supply.

In February 2019, PM Modi had inagurated the Dah hydro electric project and had dedicated the 220 KV transmission for overall electrification.

In Galwan Valley last year a 255 km all-weather Darbuk-Shayok-Daulat Beg Oldie road was constructed in order to allow connectivity between Karakoram Pass and Leh. Also work had begun on the construction of a new terminal of KBR airport in Leh.

Also Read: 'Do these people even know what Ladakh is?' BJP lawmaker's passionate speech wins hearts

PM Modi had announced development package for Jammu, Kashmir and Ladakh during his first term in 2015.  Ladakh was allocated Rs 5,958 crore for development activities for the fiscal year 2020-21, also a Rs 50,000 crore grid connecting solar photo-voltaic project spread across Leh and Kargil districts was approved by the government.

India's renewable energy ministry has drawn up plan to scale 23,000 MW grid connecting the mega solar project in Ladakh with 7,500 MW package forming the first part of a larger project. India's prime minister had also inagurated plan for the first central university in Ladakh with a Centre on Buddhist Studies helping over 10,000 Ladakhi students.

PM Modi had also vowed to make Ladakh a carbon-free region in the coming years with the start of Ladakh Greenhouse project targeted to increase the availability of vegetables throughout the year.

"Cultural tourism" which is a one of the key development plank for the area has been given a boost with homestay at monasteries along with eco-tourism and ecological activities like bird watching, wildlife safaris.