'Do these people even know what Ladakh is?' BJP lawmaker's passionate speech wins hearts 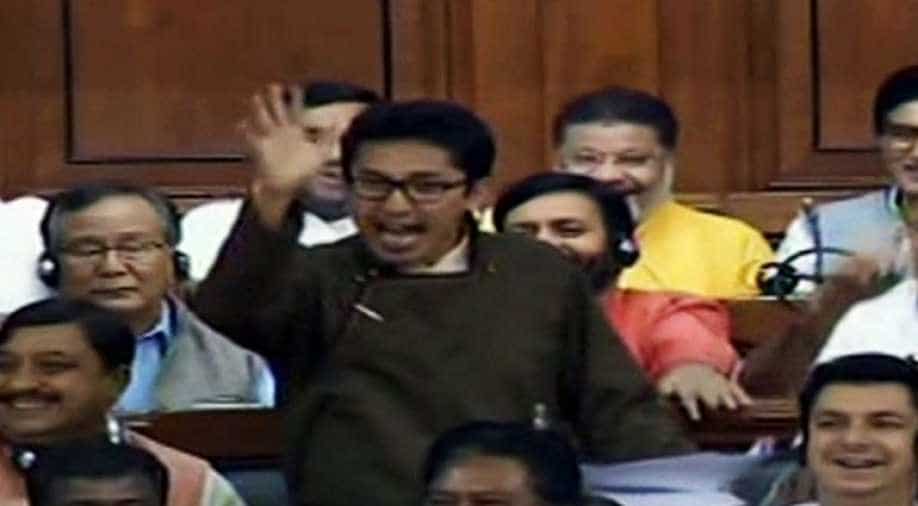 Jamyang Tsering Namgyal blasted political parties of Jammu and Kashmir for unfair treatment to the region of Ladakh.

Bharatiya Janata Party (BJP) MP from Ladakh Jamyang Tsering Namgyal made a passionate intervention in the Lok Sabha on Tuesday during the debate on abrogation of Article 370 from Jammu and Kashmir.

During his speech in Lok Sabha, Namgyal focused largely on criticizing the Congress party for not doing enough for Ladakh region when it was in power before.

Praising Ladakh MP's 'outstanding' speech in Lok Sabha, Prime Minister Narendra Modi shared the same with millions of social media followers and said he presents the aspirations of citizens from the region.

Taking to Twitter, Prime Minister Modi wrote, "My young friend, Jamyang Tsering Namgyal who is MP Ladakh delivered an outstanding speech in the Lok Sabha while discussing key bills on Jammu and Kashmir. He coherently presents the aspirations of our sisters and brothers from Ladakh. It is a must-hear!"

My young friend, Jamyang Tsering Namgyal who is @MPLadakh delivered an outstanding speech in the Lok Sabha while discussing key bills on J&K. He coherently presents the aspirations of our sisters and brothers from Ladakh. It is a must hear! https://t.co/XN8dGcTwx6

“I am very glad that a lot of people referred to Ladakh, Leh and Kargil in their speeches but I want to know that do they know what Ladakh is? In the last seven decades, Ladakh was not embraced, it was thrown in one corner and there were statements in this House that it was that land where even grass doesn't grow," he said while beginning his speech in the House.

He blasted ruling political parties of Jammu and Kashmir for unfair treatment to the region of Ladakh.

Ladakh has been asking for a Union Territories for 71 years. The place has never wanted to be with Kashmir. He said only two families have benefited from Article 370. What do they know of Kargil, he asked? He says the district presidents of Peoples Democratic Party and National Conference (NC) who wanted UT were expelled by their parties.

He also accused former governments of misusing the provision of Article 370 ‘to hurt Buddhists’ and asked: “Is this your secularism?”

The Bill was passed by the Lower House through a voice vote, with 367 being in favour and 67 against it.