600,000 youngsters in Jammu and Kashmir have become drug addicts: Study 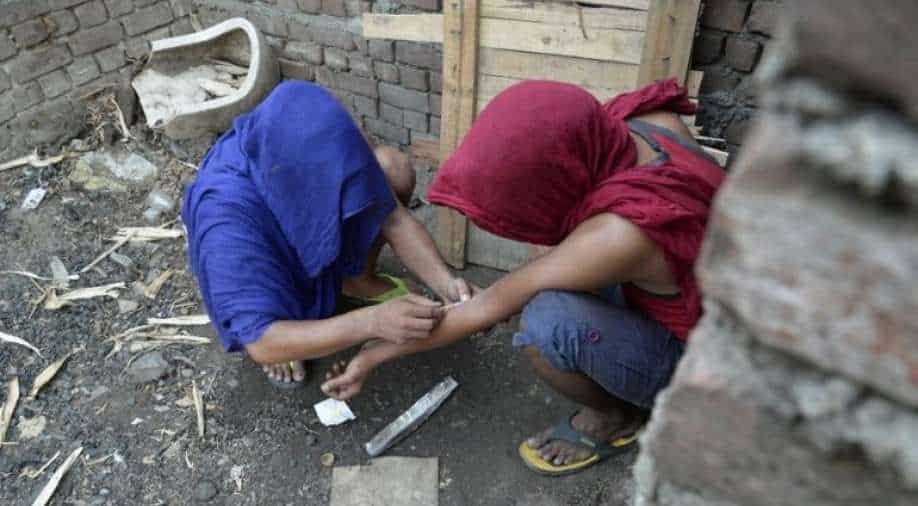 Jammu and Kashmir has become a hub of drugs. A recent study has revealed that Jammu Kashmir has 600,000 people involved in drug-related issues which are approximately 4.6 per cent of the population of the Union Territory.

A meeting was called by the Chief Secretary of Jammu and Kashmir where the state-level committee of the narco coordination centre outlined a project for tackling the drug menace in the Union Territory.

In recent years, the number of drug abusers has increased by many folds in the UT. There is a change in the pattern of drugs used as well.

Illicit drugs like heroin, cocaine, and brown sugar are available in the drug market. 90 percent of the patients enrolling in drug de-addiction centres are using heroin.

''The number is increasing, as per our OPD's we see around 40-50 patients every day and the kind of addiction we are seeing is very dangerous. Most of them are using illicit drugs like heroin and brown sugar and that too via injections. It's very dangerous because they get infections like hepatitis c and hepatitis b and also HIV,'' said Dr Yasir Rather, Professor, Incharge drug de-addiction center, SMHS, GMC Srinagar.

In fact what we saw in our study is that there is an epidemic within an epidemic. It's become very common in these patients. And It leads to chronic liver diseases resulting in death. From last one decade the numbers are increasing and also the pattern has changed. What we are seeing is illicit drugs are being used commonly like heroin and brown sugar. Around 90 percent of our opd cases are using heroin. There are multiple factors related. '' he added.

The Psychiatric Hospital in Srinagar did a survey in two districts of Kashmir Valley. What they found was shocking and alarming. In Srinagar and Anantnag districts only, 18000 people were using illicit drugs which amounted to 3.5 crore rupees every day.

''We did a survey in two districts Srinagar and Anantnag, In that survey, we saw how much is the economic burden of addiction. We found 18000 people using these illicit drugs that are heroin and in that we found 3.5 crores rupees were spent on procuring these drugs on a daily basis. '' said Dr Yasir Rather, Professor, Incharge drug de addiction center, SMHS, GMC Srinagar.

The drug addicts who are being treated at the Government De-Addiction centre in Srinagar say that drugs are easily available across the Kashmir Valley. Once they get addicted to these substances, they go to any extent to get them. One such story is of Showkat Ahmad Sheikh, A labourer by profession, Showkat  was about to sell his baby as he was falling short of money to get drugs. He even took the advance payment to sell his own baby for money so that he could get drugs.

'''It used to be cheaper earlier, but now it's become expensive. Every household has one addict and I have been on drugs for three years. I used to work as a labourer. And I used to spend all my money on drugs. During that period only my wife was pregnant. And when she delivered the baby in the hospital, I tried selling my own child to make money to get drugs,'' said former drug abuser Showkat Ahmad Sheikh.

I was in the hospital and some ladies asked me if I could find them a couple to give them a child and hearing this I decided to sell my own baby. They had offered me ten lac rupees and I had said yes. I even took 20 thousand rupees from them.  I spent 15 thousand for 3 gms of substance. They later paid me 60 thousand rupees. Later I realised what I was about to do. I was thinking of stealing my own baby. I am begging people who are involved in the drugs to stay away, '' he added.

The biggest problem is the easy availability of these illicit drugs across the UT. The drug abusers say that From cocaine to heroin to brown sugar, everything is available over a phone call. This menace has also led to an increase in crime rate in some areas.

According to former drug abuser Mohammad Umar, ''I started with cigarettes and due to unemployment I started getting involved in various drugs. I wouldnt like to reveal everything but I was addicted to F10 and F11. Drugs are available everywhere, you should just have the money. There is a chain which starts in South Kashmir's Sangam area, the government needs to take action on them. Most of the drugs are charas, cocaine, brown sugar and Heroin. Srinagar gets all its supplies from these areas.''

''I would want the Police to intervene and put the drug dealers behind the bar. We need to stop it from the very first level of the chain. I have been coming to this rehab centre for more than a year and I am thankful to Dr Yasir who has helped me a lot to deal with the addiction. Now I am etally and physically fit. I would appeal to all boys and girls to stay away from drugs. I was working and spending all the money, used to ask my parents for money then I decided either I have to steal or leave this menace. I managed to give up on drugs. Unemployment is one of the major reasons for getting into these things, '' he added.

The Jammu and Kashmir police have recovered Illicit drugs from various parts of the Union Territory worth crores of rupees. The Police also say that most of the drugs supplied come from across the border of Pakistan.

Many such consignments were recovered mostly in areas close to the Line of Control, like Kupwara and Uri. Also, a lot of these drug consignments were dropped via drones from across the International borders in different parts of Jammu.