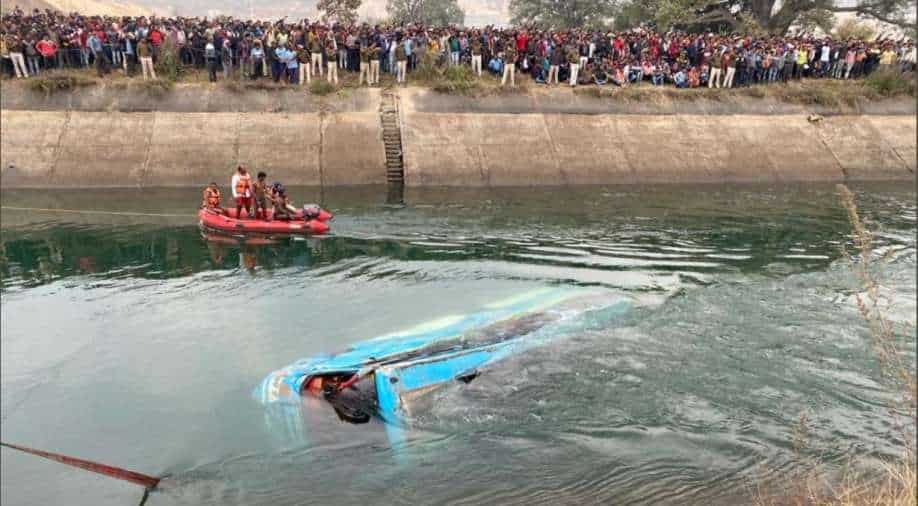 7 people have been rescued as the search operation is underway. Photograph:( Twitter )

At least 39 persons drowned when a bus loaded with passengers fell into a canal on Tuesday morning in Sidhi in Madhya Pradesh.

The bus with over 50 passengers was on way from Siddhi to Satna when it went out of control and fell into the canal in Rampur police station jurisdiction around 8.30 am. 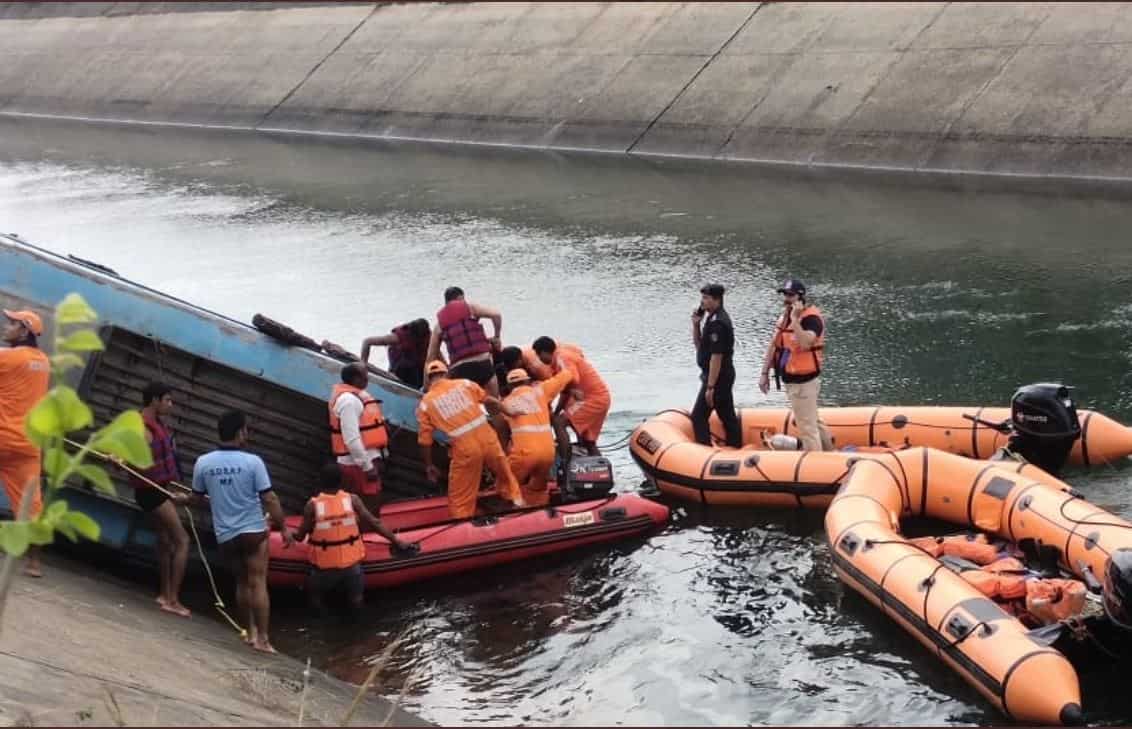 "A total of 39 bodies, including 16 women, 22 men and a child, have been fished out of the Bansagar canal until now," he said, adding that a magisterial probe has been ordered.

Prima facie, 44 passengers were travelling on the bus at the time of the accident, which occurred around 8:30 AM. 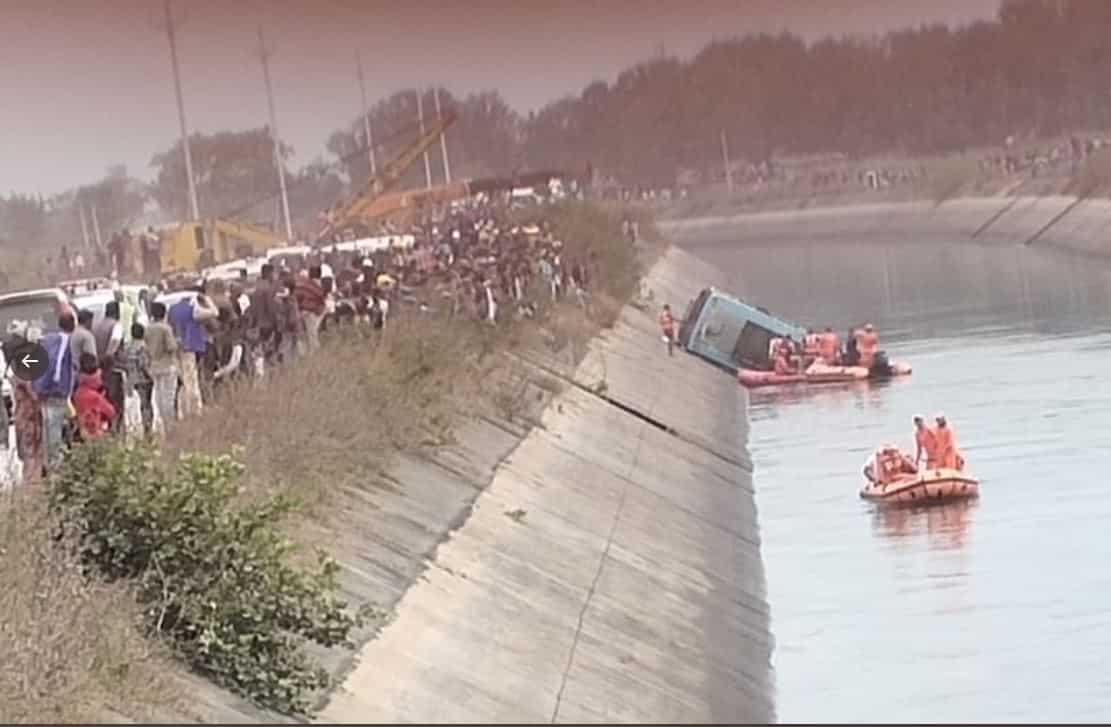 "Seven persons managed to swim to the banks of the canal after the incident and 37 bodies have been recovered. The 44 passengers have been identified so far," Jain added.

Earlier in the morning, Inspector General (Rewa zone) Joga had confirmed the recovery of 18 bodies from the accident site.

The bus landed into the canal near Patna village, around 80 kms away from the Sidhi district headquarter, around 8:30 AM.