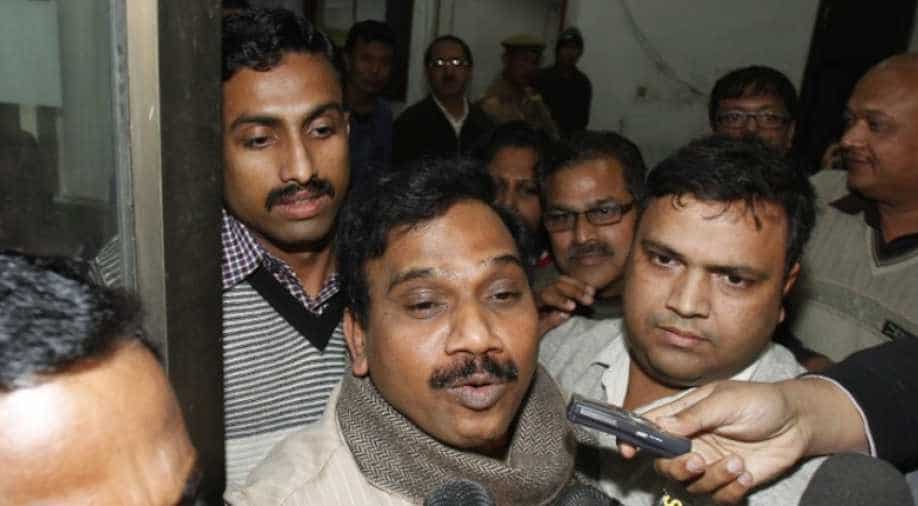 Former CAG chief Vinod Rai in his report in 2010 had said the scam had cost the Union exchequer Rs 1.76 lakh crore. Photograph:( Reuters )

In a 1552-page verdict, Patiala House court special judge OP Saini said there was "no evidence of Raja's no-holds-barred immersion in any wrongdoing, conspiracy or corruption."

The judge added: "I have absolutely no hesitation in holding that the prosecution has miserably failed to prove any charge against any of the accused, made in its "well choreographed chargesheet".

"There  is  no  evidence  on  the  record  produced  before the Court  indicating any criminality  in  the  acts allegedly committed  by  the  accused  persons  relating  to  fixation  of  cutoff date,  manipulation  of  first-come, first-served  policy, allocation of spectrum to dual technology applicants, ignoring ineligibility of STPL and Unitech group of companies and Unitech group of companies, non-revision of entry fee and transfer of Rs 200 crore to Kalaignar TV," the court verdict said.

"The chargesheet of the instant case is based mainly on misreading, selective reading, non-reading and out of the context reading of official records," it said.

The verdict said the chargesheet was based on "oral statements" made by witnesses during the investigation, which the witnesses did not own up in the witness-box.

"There is no material evidence on record to show that Raja was the motherlode of conspiracy in the case," the judgement said.

All 17 accused in the 2G scam, including former Telecom Minister A Raja, DMK Member of Parliament Kanimozhi and three companies, have been acquitted of corruption charges. (ANI)