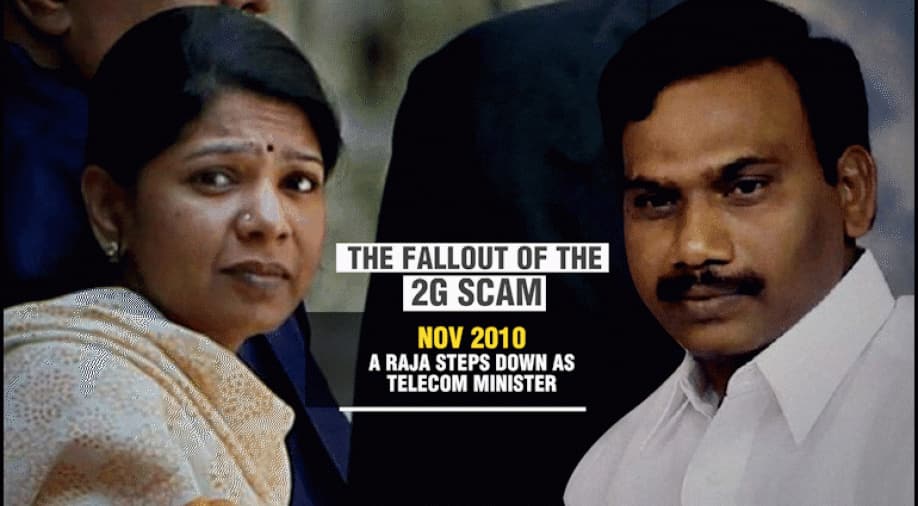 Special court judge OP Saini while pronouncing the 2G verdict said the prosecution has miserably failed to prove any charge, declaring all the accused were "not guilty" in the case.

The scam came to the limelight in 2010 over alleged irregularities in allocation of 2G spectrum by former telecom ministers A Raja.

Former Comptroller and auditor general of India(CAG) chief Vinod Rai in his report in 2010 had said the scam had cost the Union exchequer Rs 1.76 lakh crore.

Apart from Kanizmozhi, the Enforcement Directorate(ED) had named DMK supremo M Karunanidhi's wife Dayalu Ammal an accused in the case in which it had alleged that Rs 200 crore was paid by Swan Telecom (P) Ltd (STPL) promoters to DMK-run Kalaignar TV.

DMK leader Kanimozhi was sent to Tihar Jail in the 2G scam case in 2011 but she got bail later.

In its final report, the ED named 10 individuals and nine companies as accused and listed had filed chargesheet under the Prevention of Money Laundering Act.