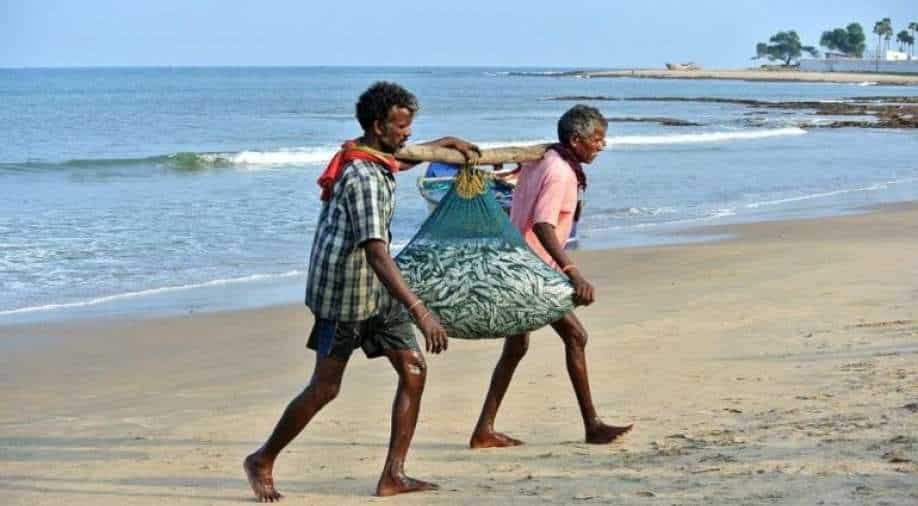 In this file photo, Indian fishermen can be seen Photograph:( PTI )

The fishermen are expected to board an Air India flight from Yangon to New Delhi on Thursday, after undergoing COVID-19 tests at the former

According to a communication from India’s Ministry of External Affairs, 10 fishermen who were captured by Myanmar Coast Guard, earlier this year, would be repatriated by Friday.

Indian fishing boat ‘Subha Tree Sea Food’ and its 10 crew were captured from the Diglipur, North and Middle sea area on April 11, 2021.

The Indian Government had formally requested the Myanmarese counterparts to grant amnesty to the fishermen on humanitarian grounds.

The fishermen are expected to board an Air India flight from Yangon to New Delhi on Thursday, after undergoing COVID-19 tests at the former.

Five of the fishermen belong to Tamil Nadu, three to Andaman and Nicobar Islands and the remaining are from West Bengal.

10 Indian fishermen (from TN, WB & Andaman) to be repatriated from Myanmar, where they have been held captive(since April this yr) for alleged trespass while fishing in North Andaman sea

They are expected to land in Delhi by Thursday.. #fishing #fisherman #Indians #TamilNadu pic.twitter.com/iDZdrvvfKP

Recently, the Tamil Nadu-based South Asian Fishermen Fraternity(SAFF) had written to the Human Rights authorities seeking help in getting the fishermen released. According to SAFF, the trawler with the ten fishermen sailed from Junglisghat Fihs landing Centre on April 4 and headed for fishing in Diglipur(North Andaman sea), when they were arrested by the Myanmar Coast Guard for alleged trespass into their waters.

Also read | 'Would like to thank India for being our greatest development partner,' Maldivian defence minister tells WION

In their request to the authorities, the SAFF had said that the fishermen were the lone breadwinners of their families and that their captured boat was their lone source of income. Following these requests from a consortium of fishermen associations, the authorities moved to secure the release of the captured fishermen.