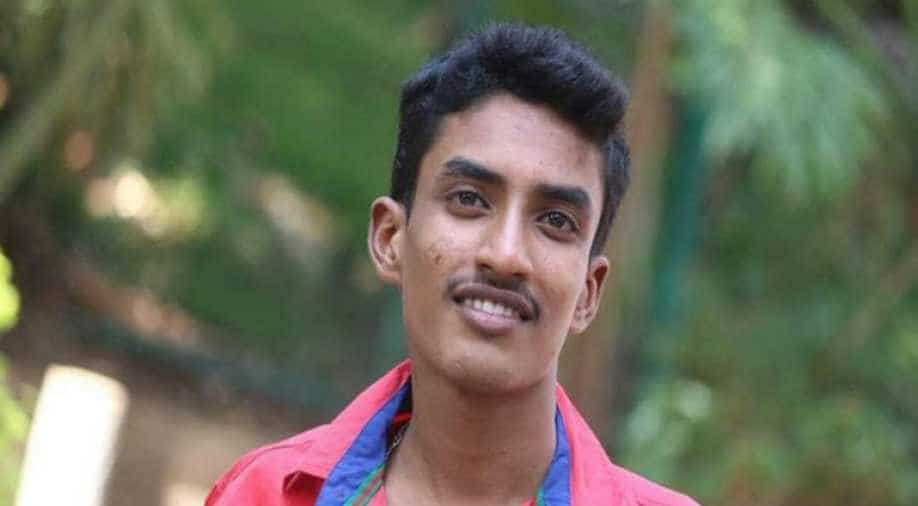 Vishwas G, the boy drowned to death in a pool while swimming. Photograph:( ANI )

A seventeen-year-old student, Vishwas G, drowned in a pond on the outskirts of Bengaluru, the capital of south Indian state Karnataka, while out swimming with his friends. His friends did not notice him missing, but one of the students, who was later flipping through the images of the trip, realised that Vishwas was actually photographed drowning, while the rest of the group took selfies.

Hours later, the local police found his body floating in the pond. The students had left to visit a temple after their swimming session.

Son of an autorickshaw driver, Vishwas, was a student of National College, Jayanagar, and a resident of South Bengaluru.

The tragic incident took place on Sunday when 25 students visited the area for a trek accompanied by their professor. They dived into a pond which is reported to be 10 feet deep.

Vishwas's parents have accused the college authorities of neglecting students' safety on the trip, as per media reports.

Parents and students protested in front of the college, saying Vishwas was part of an NCC camp organised by the college, but the latter denied organising any such camp. The college professors have also denied having accompanied the students on that trip.

The management will conduct an internal probe into the accident, reported Banglore Mirror.