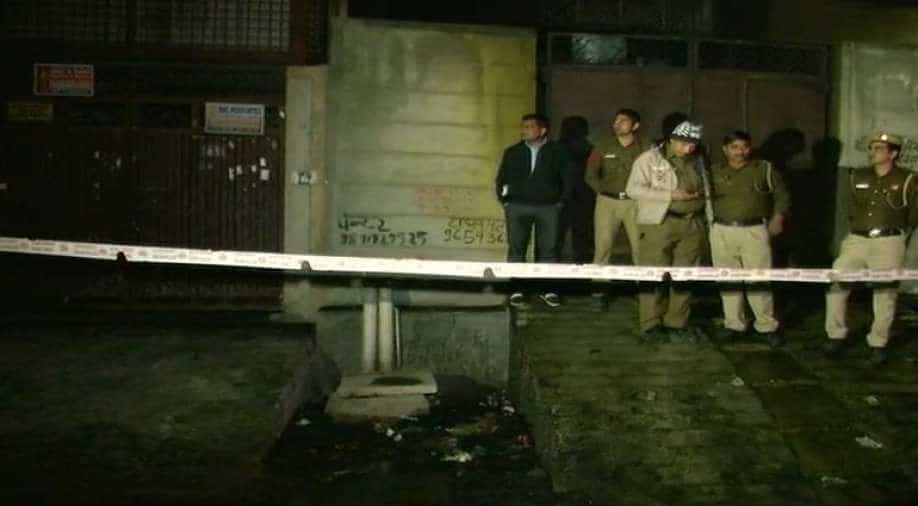 The massive fire that broke out in Delhi's Bawana industrial area on January 21 which caused the deaths of 17 people, including 10 women.  Photograph:( Others )

Seventeen people - 10 women and seven men - were killed and two injured after a fire ripped through a factory in outer Delhi's Bawana industrial area on Saturday evening. The police confirmed that 17 people were killed and said an FIR has been registered.

GC Mishra, Director, Delhi Fire Services said that the fire is under control. He said that the building comprised a basement, ground floor and two upper floors.

Union Health Minister JP Nadda directed the health secretary to provide immediate assistance to victims of the fire tragedy. He also asked AIIMS trauma centre to be on alert.

Prime Minister Narendra Modi stated that he was deeply anguished by the tragedy.

Deeply anguished by the fire at a factory in Bawana. My thoughts are with the families of those who lost their lives. May those who are injured recover quickly: PM @narendramodi

''My thoughts are with the families of those who lost their lives. May those who are injured recover quickly,'' Modi tweeted.

The Delhi Fire Services received a call about the fire at the factory around 6.20 pm and 10 fire tenders were rushed to the spot, the fire department said.

Mishra said the fire was doused by 9.20 pm but search and rescue operations were underway. "We are taking no chance. We don't have a definite number of people who were in the building when the fire broke out," he said.

"The factory falls in the Delhi State Industrial And Infrastructure Development Corporation (DSIIDC) area and North Delhi Mayor Preety Agarwal has rushed to the spot to take stock of the situation," the official said.

The fire spread rapidly as the factory was stuffed with the plastic pellet, sources said.

Delhi government has ordered a probe into the incident. Chief Minister Arvind Kejriwal expressed concern over the incident and said that he was keeping a close watch on the rescue operations.

V sad to hear abt large no of casualties. Keeping a close watch on rescue operations https://t.co/yHwQAH0bKi

The police said the people were either charred or got choked to death.