17 arrested for mob violence against health workers in UP's Moradabad 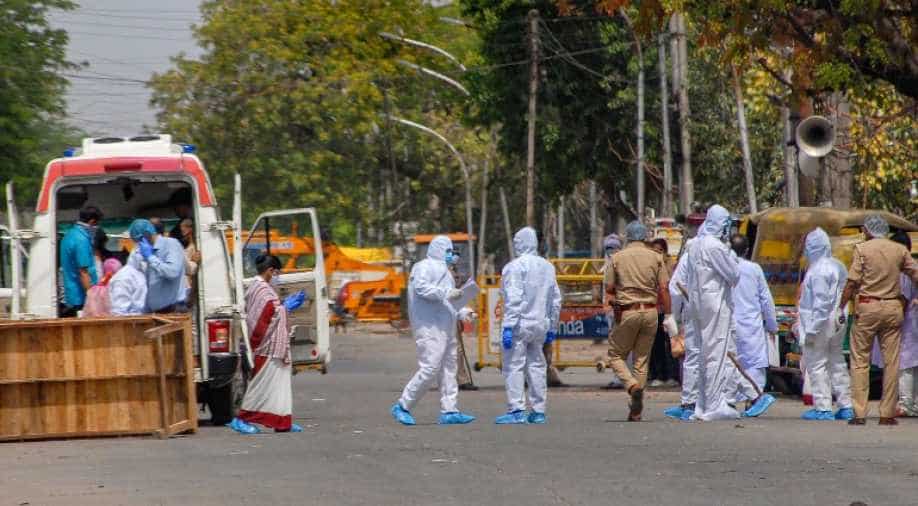 As many as 17 people are arrested after a mob pelted stones at a medical team who tried to take a coronavirus-infected patient into isolation in Uttar Pradesh's Moradabad district on Wednesday.

Police arrested 17 people including seven women for their alleged involvement in the incident under various sections of the IPC, Criminal Law Amendment Act and Epidemic Act, a Home department official said.

Officials said a doctor and three paramedics were injured in the stone-pelting and a police vehicle and an ambulance were also damaged.

Officials also said that the mob tried to stop the ambulance as it was driving away the patient.

After the incident, UP CM Yogi Adityanath said those involved in the act would face action under the stringent National Security Act, and the damage costs would be recovered from the perpetrators.

In a statement, Adityanath condemned the attack on police, health personnel and those involved in sanitisation work and called it "unpardonable".

Moradabad District Magistrate Rakesh Kumar Singh said that the mob violence was brought under control and the deployment of police was beefed up in the area.