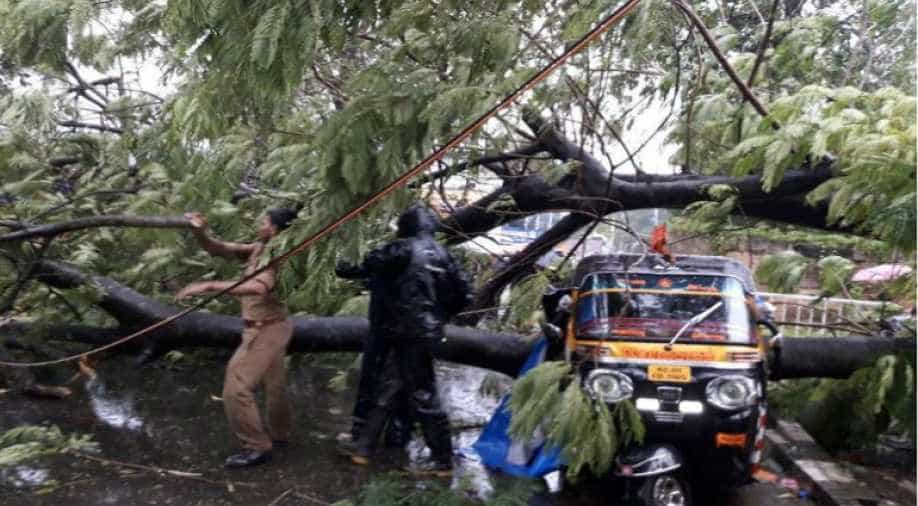 The Navy is putting in "maximum effort" to rescue fishermen from the sea which is very rough under the influence of Cyclone Ockhi Photograph:( Zee News Network )

As many as 14 people were killed - 10 in Tamil Nadu and four in Kerala - as torrential rain pounded the southern districts of both the States after a deep depression in the Bay of Bengal transformed into 'Cyclone Ockhi' on Thursday and became a severe cyclonic storm on Friday, moving to the Arabian Sea.

Even though the sea continued to be rough, rescue operations are going on in full swing. The Navy is putting in "maximum effort" to rescue fishermen from the sea which is very rough under the influence of Cyclone Ockhi.

Tamil Nadu government today said over 1,200 persons affected by Ockhi cyclone in Kanniyakumari and Tirunelveli districts have been lodged in relief camps, as Chief Minister K Palaniswami took stock of the situation.

At a review meeting here, the Chief Minister asked officials to expedite all works undertaken in the affected areas, even as scores of personnel have been deployed to address various issues, including restoring the power network.

Following the torrential downpour, many water bodies in the aforesaid districts were brimming and therefore the Chief Minister has asked all flood-prevention measures be in place. These included monitoring lakes and shutters of water bodies.

Speaking to reporters at Coimbatore, the Chief Minister said senior IAS officials and Ministers have been deputed to Kanniyakumari to oversee rescue and rehabilitation efforts.

He also denied any laxity in the rescue works.

Meanwhile, in Lakshadweep, orders have been issued to evacuate people from low-lying areas.