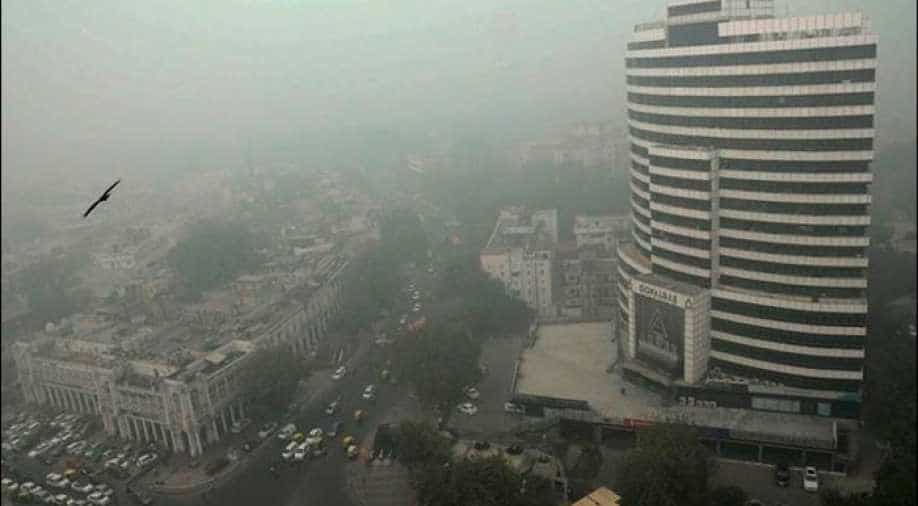 The report was released on the sidelines of the ongoing World Economic Forum in Davos, Switzerland. Photograph:( Zee News Network )

India is among the bottom five countries on the Environmental Performance Index 2018, plummeting 36 points from 141 in 2016, according to a biennial report by Yale and Columbia Universities along with the World Economic Forum.

While India is at the bottom of the list in the environmental health category, it ranks 178 out of 180 as far as air quality is concerned.

Its overall low ranking -- 177 among 180 countries -- was linked to poor performance in the environment health policy and deaths due to air pollution categories.

The report was released on the sidelines of the ongoing World Economic Forum in Davos, Switzerland.

It said deaths attributed to ultra-fine PM2.5 pollutants have risen over the past decade and are estimated at 1,640,113 annually in India.

Switzerland leads the world in sustainability, followed by France, Denmark, Malta and Sweden in the EPI, which found that air quality is the leading environmental threat to public health.

Overall, India (at 177) and Bangladesh (179) come in near the bottom of the rankings, with Burundi, Democratic Republic of the Congo and Nepal rounding out the bottom five.

"India's low scores are influenced by poor performance in in the Environmental Health policy objective. Deaths attributed to PM2.5 have risen over the past decade and are estimated at 1,640,113, annually (Institute for Health Metrics and Evaluation, 2017).

"Despite government action, pollution from solid fuels, coal and crop residue burning, and emissions from motor vehicles continue to severely degrade the air quality for millions of Indians," the report said.

There was no immediate reaction available from India's environment ministry.

"Of the emerging economies, China and India rank 120 and 177 respectively, reflecting the strain population pressures and rapid economic growth impose on the environment," the researchers noted.
The EPI said air quality remains the leading environmental threat to public health.

In 2016, the Institute for Health Metrics and Evaluation estimated that diseases related to airborne pollutants contributed to two-thirds of all life-years lost to environmentally related deaths and disabilities.

"Pollution is particularly severe in places such as India and China, where greater levels of economic development contribute to higher pollution levels (World Bank and Institute for Health Metrics and Evaluation, 2016).

"As countries develop, increased population growth in large cities, as well as increased industrial production and automotive transportation, continue to expose people to high levels of air pollution," it said.