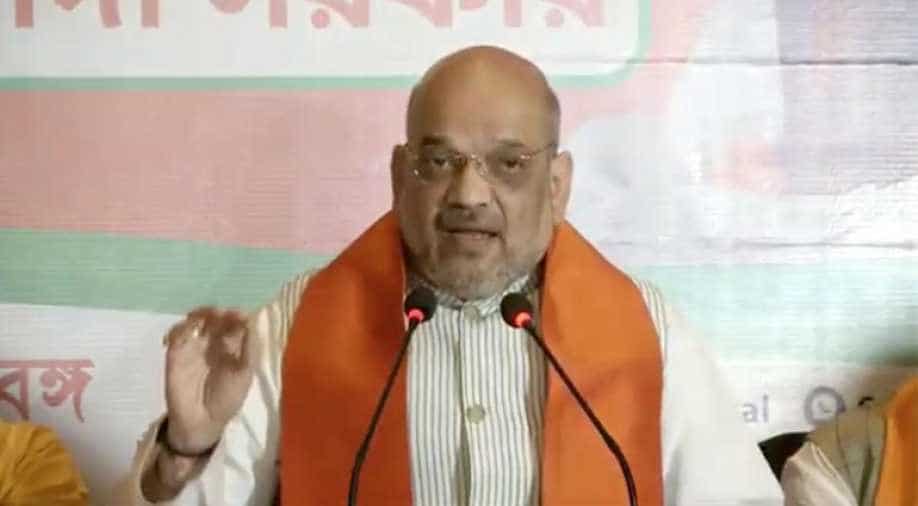 Shah would now hold only two rallies in the state instead of three.

Trinamool Congress and Bharatiya Janata Party cadres clashed again over the cancelled programme of BJP president Amit Shah who was supposed to hold a rally at Jadavpur constituency in West Bengal today.

Shah would now hold only two rallies in the state instead of three.

In his first rally in North 24 Parganas district, an angry Shah attacked West Bengal Chief Minister Mamta Banerjee and said that the reason why he was not allowed to hold a rally in Jadavpur was that Banerjee fears that her nephew may lose the elections.

The BJP has approached the Election Commission against the state administration's move to bar Shah from holding a rally in Jadavpur.

The party has emerged as a powerful opposition in the state after the 2014 general elections where its voter share crossed double digit.

The BJP sees states like Odisha and West Bengal as the new harvest areas that can help offset losses in Uttar Pradesh in the case of the 'grand alliance' succeeding in the state this general polls.