'Time to switch off TV': How politicians reacted to exit polls 2019 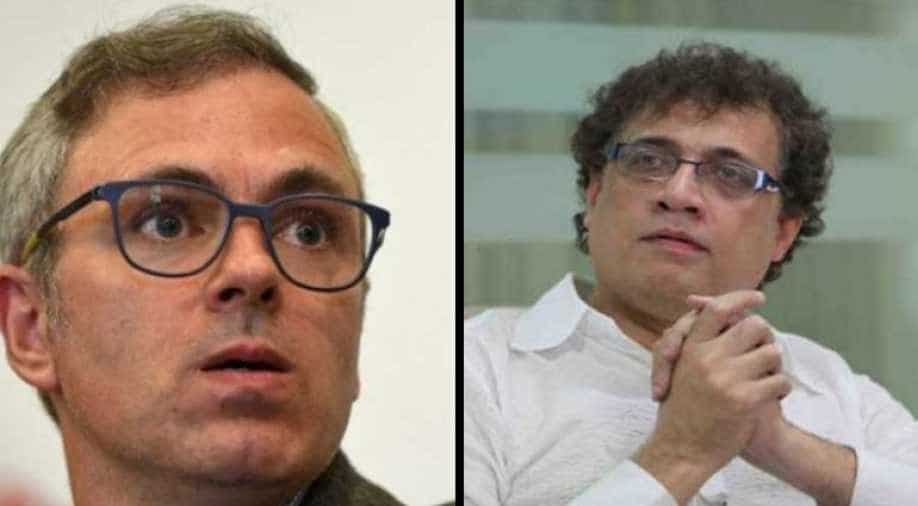 Expressing disappointment over the poll predictions, National Conference leader and former Chief Minister of Jammu and Kashmir Omar Abdullah said, 'Time to switch off the TV, log out of social media'.

As the exit polls predictions came out projecting the return of Prime Minister Narendra Modi-led NDA at the Centre with close to 300 seats, politicians took to Twitter to express their opinion over the predictions.

Expressing disappointment over the exit poll, National Conference leader and former Chief Minister of Jammu and Kashmir Omar Abdullah said, "Time to switch off the TV, log out of social media".

“Every single exit poll can’t be wrong! Time to switch off the TV, log out of social media & wait to see if the world is still spinning on its axis on the 23rd, " the leader tweeted.

Trinamool Congress leader Derek O'Brien showed little reliance over the exit poll predictions and said he would wait for the verdict on the result day.

"Have 'Delhi media’ who masquerade as ‘national media’ lost their credentials and credibility? So-called Exit Polls will only confuse. We await the verdict of the people. Modi ji had called the number 300+ even before Phase 7. Are these numbers to match that? EVM manipulation?, " he tweeted.

Dubbing exit polls as "gossip", West Bengal Chief Minister and TMC supremo Mamata Banerjee said she doesn't trust such surveys, as the "game plan" is to use them for "manipulation" of EVMs.

"I don't trust Exit Poll gossip. The game plan is to manipulate or replace thousands of EVMs through this gossip. I appeal to all Opposition parties to be united, strong and bold. We will fight this battle together," Banerjee said in a tweet.

Speaking on the exit polls, Captain Amarinder Singh said, "I have been watching exit polls from over 50 years now and I don't believe them to be correct. My guess is that we are going to do very well.  It's not possible to be accurate about the results".

"I have had so much experience, but I, myself cannot guess how many seats are coming in our favour. In Punjab too, we are going to do much well as compared to what the exit polls are estimating".

BJP leader Shahnawaz Hussain targetted the Congress president Rahul Gandhi saying he was looking for excuses even before the results were announced.

"Even before the #ExitPoll2019 is out, Rahul Gandhi has started attacking the #ElectionCommission . He knows that Congress is going to give a dismal performance in #LokSabhaElections2019 , just like 2014 & is desperately looking for excuses, ".

The marathon seven-phased Lok Sabha polls concluded on Sunday, and shortly after that, exit polls are predicting that Prime Minister Narendra Modi-led NDA is coming back to power at the Centre with close to 300 seats.

Times Now-VMR survey predicted that the BJP would emerge as the single largest party winning 262 seats, after the end of mammoth seven-phase polling for the 542 of the 543 parliamentary constituencies. The BJP, on its own, may fall short of majority by nine seats.