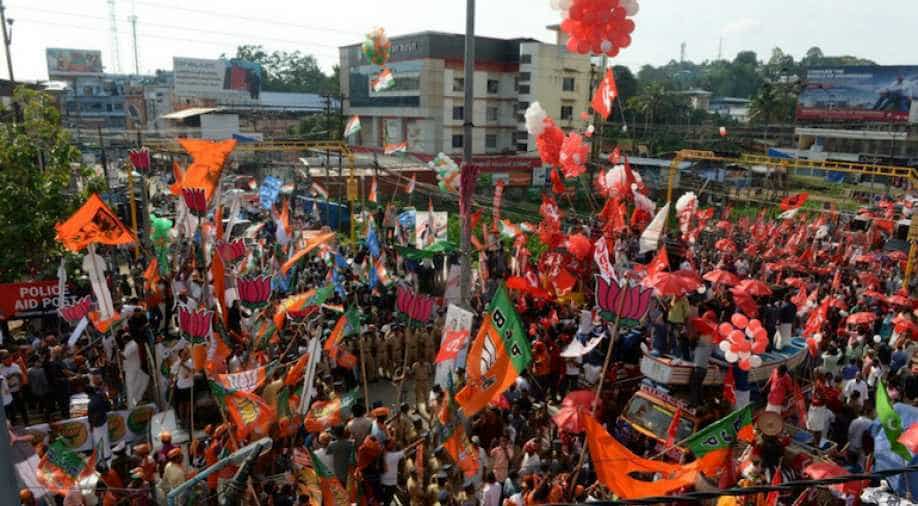 The pollsters paint a gloomy picture for the Congress in Uttar Pradesh. Both Times Now-VMR and and C-Voter say the Congress will get just two seats in the state.

The exit polls have predicted that the BJP-led NDA will again get the lion's share of Uttar Pradesh's 80 Lok Sabha seats. While Times Now-VMR says NDA will get 58 seats in UP, C-Voter is a little conservative predicting 38 seats for it. The poll of polls, a collection of various exit polls, predicts 43 seats for NDA.

The alliance of Samajwadi Party and Bahujan Samaj Party too is suffering, according to exit polls. Times Now-VMR and Jan Ki Baat exit polls say Others, which includes SP and BSP, will get around 20 seats in Uttar Pradesh. C-Voter, however, takes a conservative approach and predicted 40 seats for Others in Uttar Pradesh.

Samajwadi Party, led by Akhilesh Yadav, and Mayawati's BSP had surprised many when they joined hands in January "to keep the BJP out of power at the Centre".

Today, the exit polls show that the Narendra Modi-led BJP won't be impacted by the coming together of these two regional power houses.

In the 2014 Lok Sabha elections, the BJP cornered a lion's share of the UP's 80 Lok Sabha seats. It got 42.63 per cent of vote share and 71 seats, which contributed massively in BJP's victory.

Along with its NDA constituents, it won 336 out of 543 seats and formed the government at the Centre. It was for the first time in about three decades that a party won such a huge number of seats.