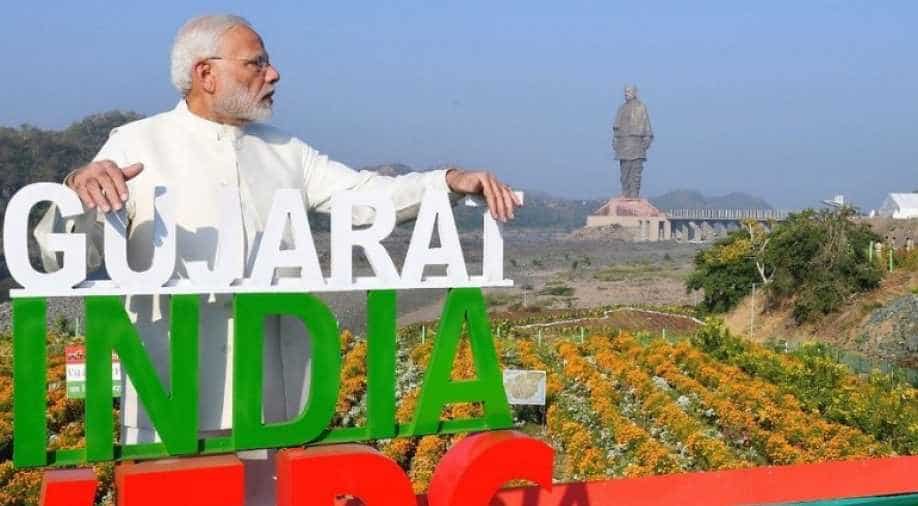 Talking to reporters in Gandhinagar, Minister of State for Home, Pradeepsinh Jadeja, accused the Congress of creating a rift between Dalits and other communities.

In the wake of some incidents of Dalit wedding processions being stopped by some groups in parts of Gujarat recently, the BJP government in the state Wednesday assured to take stern action against such elements.

The Congress, however, said that such "hollow promises" by the government fail to provide "justice" to the Dalits.

Talking to reporters in Gandhinagar, Minister of State for Home, Pradeepsinh Jadeja, accused the Congress of creating a rift between Dalits and other communities.

He was referring to an incident in Lhor village in Mehsana, where some local leaders, including the sarpanch, gave a call of social boycott after a Dalit groom took out his procession riding on a horse two weeks ago.

"The Gujarat government is always with the Dalits. They also have the right to take out wedding processions like others. Our government is also concerned about some recent incidents. I want to assure you that stern action will be taken against those who were behind these incidents," Jadeja said.

"Some people are trying to create a rift between communities for their political gains. In Lhor village, we have already arrested five persons, including the sarpanch, for announcing social boycott of Dalits. Notably, the sarpanch is a Congress supporter. Another accused is a local Congress delegate," the minister added.

Jadeja also urged people from all walks of life to work with the government to establish and preserve social harmony in society.

Slamming the BJP government over this issue, Gujarat Congress in-charge, Rajeev Satav, claimed that the government only gives hollow promises instead of taking action.

"Atrocities on Dalits in Gujarat have increased in recent years. After every incident, the state government gives hollow promises of stern action. However, Dalits never get justice," Satav told reporters.

"This government has failed to maintain law and order. The administration is being run through remote control from Delhi. This is the reason why such atrocities are on the rise," he said.

"Though this is the 21st century, we are still stuck in such issues. This is matter of shame and pain. We all need to change our mindset to establish harmony and a sense of brotherhood. I request all to treat everyone equally," Kanodia said.

On Sunday, police had to resort to a baton charge after members of the Patidar community allegedly stopped a Dalit man's wedding procession in Aravalli district of Gujarat, and the two sides hurled stones at each other.

In another incident the same day, the wedding procession of a Dalit bridegroom at a village in Sabarkantha district had to be provided police cover after members of the Thakor community objected to the groom offering prayers at a local temple. The procession, however, passed off peacefully, police said.