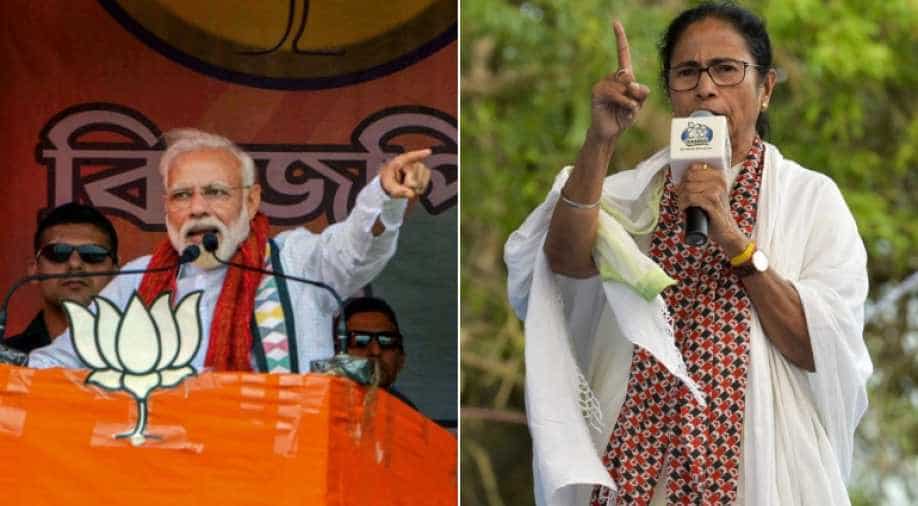 Development, cross-border infiltration and employment dominate the poll issues in this agricultural area

As voters in Cooch Behar prepare to go to the polls on April 11th, the BJP has already declared its intentions to open a front with PM Modi leading from the front in the reserved schedule caste category seat.

On Sunday, PM Narendra Modi addressed a poll rally in the former princely state where he targeted corruption and Mamata Banerjee's regime.

Cooch Behar is one of the key seats of West Bengal among the 48 constituencies which will be keenly watched by political pundits.

The more the "lotus" will bloom in West Bengal, the stronger your voice will be. The fight for your rights will get stronger," the prime minister said at the poll rally which is close to the Indo-Bangla border.

The Trinamool Congress and the BJP will face-off against each other in this important eastern outpost which the BJP hopes it can wrestle from the TMC. However, there are others in the fray as well namely the All India Forward Bloc (AIFB) and Congress.

The key West Bengal constituency has an almost equal division of men and women voters comprising of 9,40,948 and 8,68,632 respectively. TMC has filed Paresh Chandra Adhikary while the BJP has picked Nisith Pramanik, a former Trinamool Youth Congress leader.

In 2014, the BJP had finished third behind the Forward Bloc and TMC which clinched the seat with a huge margin. Renuka Sinha who had won the seat, however, passed away in 2016 due to a heart attack.

The BJP came back strongly in the by-poll in 2016 finishing second behind the TMC's Partha Pratim Ray. The constituency which was once the bastion on the AIFB fell away drastically polling just six per cent votes.

BJP candidate Hem Chandra Barman polled 38, 1134 votes against Ray's 79,4375 votes as the AIFB faded away. This time however the TMC has given the ticket to Adhikary and the BJP has expressed confidence in  Nisith Pramanik to grab TMC's seat.

Congress candidate Priya Roy Chowdhury will be hoping to seize the seat by cutting into the vote bank of all three - BJP, TMC and AIFB, however, it will be an uphill task for her.

Development, cross-border infiltration and employment dominate the poll issues in this agricultural area which has witnessed a political slugfest over the years, especially since 2014.

During his poll rally, PM Narendra Modi had said the NDA government had approved projects worth crores, focussing on the development plank.

"Didi has put a break on free treatment for the poor under Ayushman Yojana and on financial assistance to farmers," the prime minister said at Cooch Behar in a bid to win over the farmers who constitute a major chunk of voters.

The Lok Sabha poll results which will be declared on May 23rd may open a new front for the BJP as it seeks to grab the eastern front from the ruling TMC.