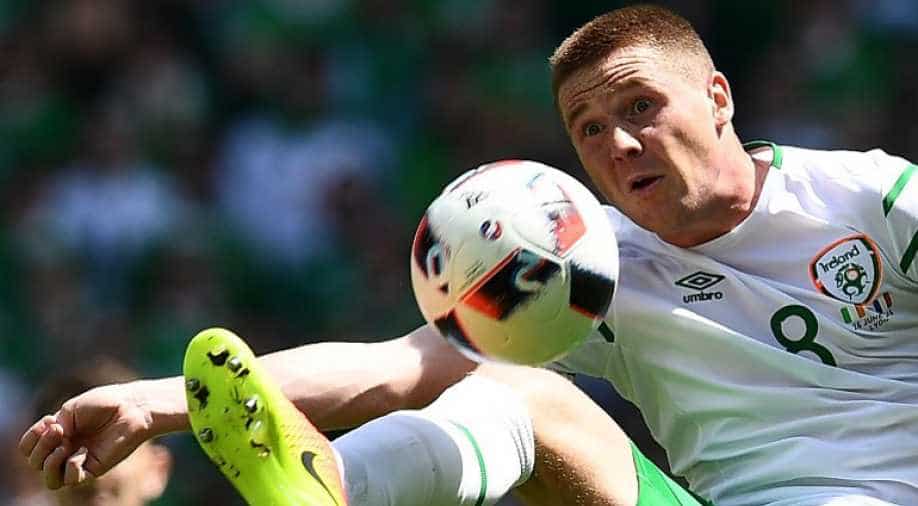 Ireland midfielder James McCarthy withdrew from the squad for Saturday's 2018 World Cup qualifier with Austria ending a fiery debate between national coach Martin O'Neill and his Everton manager Ronald Koeman over his fitness.

Koeman blamed O'Neill for giving 25-year-old McCarthy too much game time in two 2018 World Cup qualifiers last month as he had just returned from a groin operation.

O'Neill said the Dutchman's claim was rubbish and accused him of 'bleating' even though McCarthy, who has over 40 caps to his name, has only played just over an hour for Everton since the qualifiers.

However, on Monday the Football Association of Ireland (FAI) issued a statement saying he would not feature and had been joined on the sidelines by three other players.

"Injury has ruled out Cyrus Christie, Stephen Ward, James McCarthy and Stephen Quinn from the provisional squad, while some players will be assessed by the FAI medical staff," read the statement.

Experienced defender John O'Shea is one of the players being assessed and O'Neill will hope he is fit as he has been hit prior to Monday by the loss of leading striker Shane Long.

Daryl Murphy, who scored the equaliser in the 2-2 draw in their opening qualifier against Serbia, is also a non-starter.

Ireland, whom O'Neill guided to the last 16 of Euro 2016, are presently level on seven points with table-topping Serbia as the Irish bid to reach their first World Cup finals since 2002.