It's all about to kick off in Gabon! 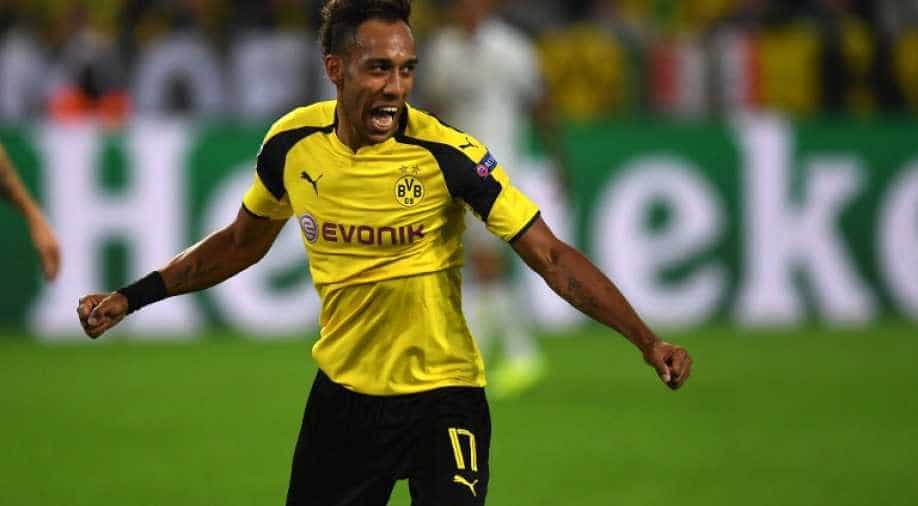 Pierre Emerick Aubameyang plays for the host nation Gabon and is one of the biggest stars at the tournament. Photograph:( WION )

If you follow the English Premier League, there comes a time every two years when leading African players of every major club go missing for a few weeks in January.

That time has come again with players such as Liverpool's Sadio Mane and Arsenal's Mohamed Elneny leaving their clubs to play for their countries in Africa's biggest football tournament, the Africa Cup of Nations (AFCON).

The tournament is held every two years and apart from the prize money on offer—$4 million for the winner—and bragging rights, the winner also gets to compete in the FIFA Confederations Cup.

The FIFA Confederations Cup is a tournament between the winners of continental football tournaments and will be held in Russia this year from June 17 to July 2.

This year's AFCON will be held across four cities in Gabon with the opening match to be held on January 14, 2017 between the hosts Gabon and Guinea-Bissau in the Stade de l’Amitié Sino in Libreville, Gabon's capital. The final will be held in the same stadium on February 5, 2017.

The 2017 Africa Cup of Nations will be held in four cities across Gabon. (WION)

The tournament consists of 16 teams split into groups of four, with each team playing the other once. The top two from each group progress into the quarterfinals after which the AFCON becomes a knock-out tournament.

Every football tournament usually has a "Group of death" from which teams find it extremely difficult to get out of. In this tournament, Group D seems like it will be granted the moniker with seven-time AFCON winner Egypt and four-time AFCON winner Ghana in the same group along with potential spoilsport Mali.

So, who are the favourites? The British bookmakers William Hill have defending champions Ivory Coast as favourites with decimal odds of 4.5 and Senegal 2nd-favourite at 5.5.

Bookmakers have Ivory Coast as the odds-on favourite to win AFCON 2017. (WION)

The tournament won't be short of superstars either. The host country Gabon has probably the best player at the tournament in 27-year-old Pierre-Emerick Aubameyang (top). He is in top form for his club Borussia Dortmund in the German Bundesliga this season with 16 goals already in 16 matches!

Another player to look forward to is Riyad Mahrez from Algeria, who was the star player for Leicester City as it won the 2015-16 English Premier League. In fact, his interplay with fellow club-mate Islam Slimani and Yacine Brahimi of Portugese club Porto should make Algeria the most attractive team to watch at the tournament, and the neutral's favourite.

Islam Slimani (left) and Riyad Mahrez (right) play for Algeria, one of the favourites to win AFCON 2017. (WION)