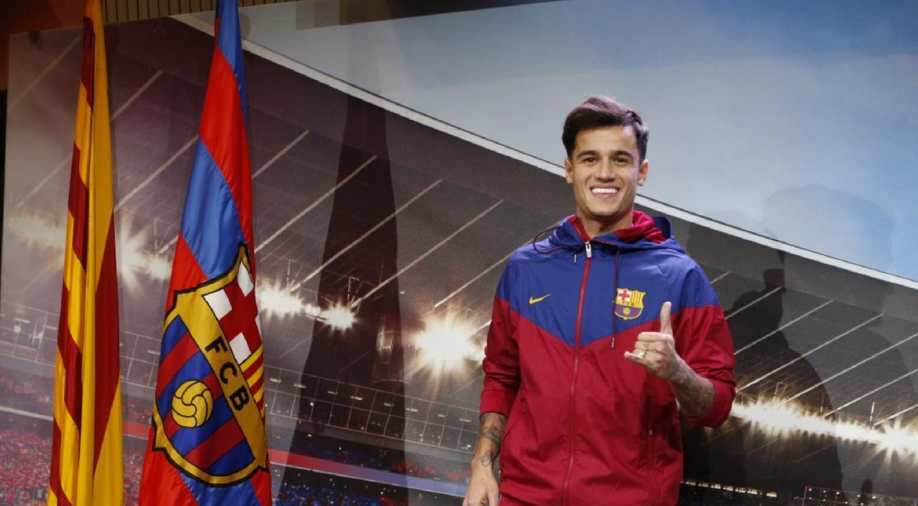 The form table suggests Liverpool have realistic hopes of disrupting Manchester City's waltz towards the Premier League title when they meet on Sunday, although they must quickly learn how to cope without Philippe Coutinho.

Unbeaten City are 15 points clear at the top of the table, having scored more goals than anybody with 64, but fourth-placed Liverpool come second on that count with 50.

Klopp's side are unbeaten in 17 games in all competitions since they were thrashed 4-1 by Tottenham on Oct. 22.

Egyptian winger Mohamed Salah is set to return from injury and he and Sadio Mane are likely to play either side of striker Roberto Firmino.

Although Coutinho will no longer be able to provide the trio with ammunition, they still have the speed and guile to trouble Pep Guardiola's side at the back.

Former Liverpool midfielder Jason McAteer believes the Reds can get at City's defence.

"We know Manchester City's quality, we know that they're running away with (the league) at the minute, but I think, on their day, Liverpool can match anybody," McAteer told the Liverpool website.

"They're so good going forward. You've got to be (wary) of the attacking prowess that they've got but there are areas of weakness.

"If you can get in between the lines and at the two centre-halves, which I feel we can, then there are chances and goals there."

City, however, will look to repeat their dominant 5-0 victory over Liverpool at the Etihad in September, although they will be without injured striker Gabriel Jesus, who scored a brace that day.

This time they will have Virgil van Dijk in their way with the Liverpool defender set to make his Premier League debut after his move from Southampton.

Van Dijk enjoyed a dramatic debut for his new team in the FA Cup, scoring late on against Everton to earn Liverpool a derby victory.

City's Belgian midfielder Kevin De Bruyne said his team would just focus on their own performance.

"We go there to win the game," he said. "They will have a very strong team and they want to be there for the Champions League (places).

"We just try to do the things that we do well and then we will see what happens."

Coach Eddie Niedzwiecki is in temporary charge of the team for the trip to Old Trafford, with Jose Mourinho's side anxious to keep ahead of the chasing pack behind Manchester City.

The Portuguese has been embroiled in a war of words with Chelsea coach Antonio Conte, whose side host Leicester City on Saturday when a victory would see them provisionally move above United into second.