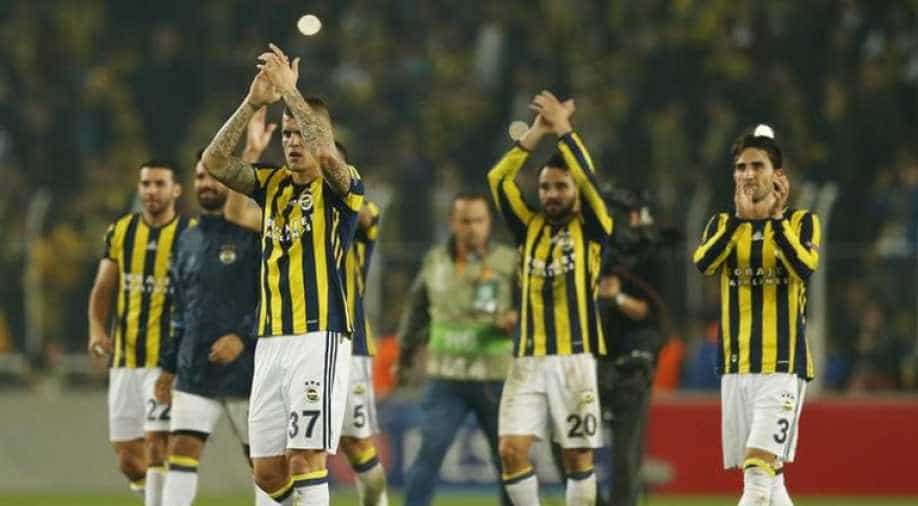 Without a victory in four Premier League games,?United?desperately needed a morale-lifting result in Turkey but were undone by a brilliant second-minute overhead kick from Sow. Photograph:( Reuters )

Without a victory in four Premier League games, United desperately needed a morale-lifting result in Turkey but were undone by a brilliant second-minute overhead kick from Sow and a superb curling set piece by Lens before Wayne Rooney smashed home a consolation.

While Mourinho's men are third in Group A, Zenit St Petersburg have made it look easy in Group D and reached the knockout stages with two games to spare after a 2-1 win over Irish side Dundalk maintained their perfect record.

Anderlecht were also on the goal trail in Group C as Nicolae Stanciu and Lukasz Teodorczyk netted twice for the Belgians who brushed aside Mainz 05 6-1.

AS Roma's Edin Dzeko bagged a double as they moved top of Group E after a 4-2 win at Austria Vienna.

A gloomy pall has descended over Mourinho's reign at Old Trafford with the manager under scrutiny for his team's poor start and the disciplinary problems that have earned him a domestic one-match touch line ban.

After victories in their last two group games, Europe's second-tier competition had supplied United with some relief from their league struggles but they were sliced apart by Fenerbahce who exposed some glaring defensive weaknesses.

The two spectacular goals they conceded, however, were almost unstoppable.

The match had barely begun when Sow flung himself on the edge of the box into an overhead volley from a floated cross, smashing the ball past United keeper David De Gea and into the top corner.

Fenerbahce then took a stranglehold on the tie when Lens stepped up to nonchalantly curl a free kick around the wall and into the corner 14 minutes after the restart, leaving De Gea rooted to the spot as the ball bulged the net.

It should have got a lot worse for United when second-half substitute Emmanuel Emenike threatened three times to extend the lead before Rooney drove the ball home from 25 metres to set up a nervy finish.

United, who suffered an injury blow when the world's most expensive player Paul Pogba was forced off in the first half, are now a point behind group leaders Feyenoord and Fenerbahce with two games remaining.