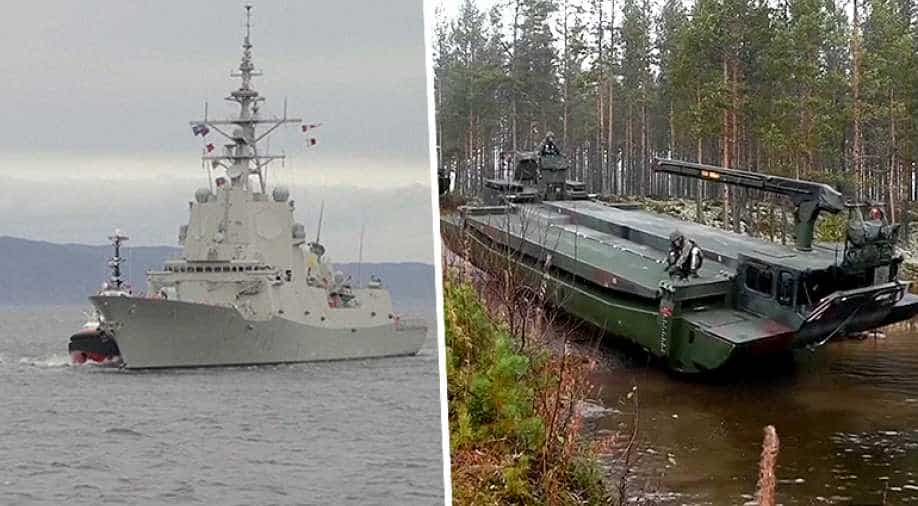 Russia termed the latest exercise an activity which "comes across as provocative, even if you try to justify it as being of a purely defensive nature."

NATO countries began its military exercise, Trident Juncture 18, in Norway close to the Russian border amid tensions between the US and Russia over President Trump's decision to pull out of the NFT.

As many as 31 countries including Finland and Sweden are taking part in the largest military exercise since the end of the Cold War involving over 50,000 troops. The US has committed the highest number of troops numbering 9,000 and has deployed the aircraft carrier USS Harry S. Truman.

Russia termed the latest exercise an activity which "comes across as provocative, even if you try to justify it as being of a purely defensive nature."

NATO Secretary General Jens Stoltenberg had said earlier that Europe's security environment had significantly deteriorated in recent years, while asserting that, "Trident Juncture sends a clear message to our nations and to any potential adversary."

"NATO does not seek confrontation but we stand ready to defend all allies against any threat," the NATO chief added.

The mega military drill is reportedly taking place 198 kilometres away from Norway's border to Russia in the far north.

Meanwhile, head of NATO's Allied Joint Force Command said "any fears on the part of the Russian Federation are unfounded," adding,"we defend, we deter, we don't take somebody else's territory. That's not our intent and they are not the focal point of this exercise."

Last month, Russia had conducted a military exercise, Vostok-2018, along with Chinese and Mongolian troops along China's border which involved over 300,000 troops.

Russian foreign ministry had said last month that NATO countries were increasing their military presence in the region, "near Russia's borders". "Such irresponsible actions are bound to lead to a destabilisation of the political situation in the North, to heighten tensions," the foreign ministry spokesman had said.

The military drill in Norway will continue from October 25th to November 7th.