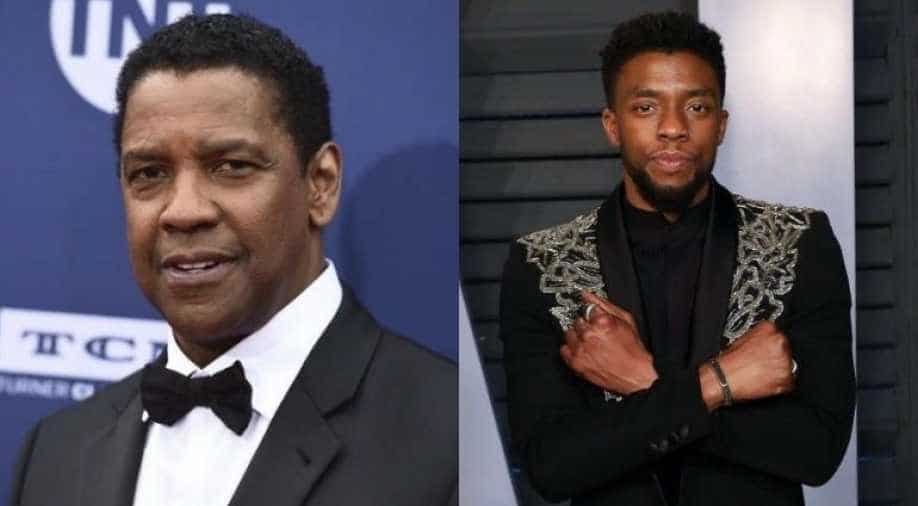 In an interview, Denzel Washington spoke about working with Boseman on 'Ma Rainey's Black Bottom', recalling how he told the Black Panther star to marry Ledward after watching her care for him on the set of the Netflix film.

Denzel Washington was one of the earliest celebrities who witnessed the blooming love between the late actor Chadwick Boseman and his wife, Taylor Simone Ledward.

In an interview with CBS Sunday Morning, the director and actor spoke about working with Boseman on 'Ma Rainey's Black Bottom', recalling how he told the Black Panther star to marry Ledward after watching her care for him on the set of the Netflix film.

The couple, who was only just dating at the time, married sometime before Boseman's death in August at age 43, four years after he was diagnosed with stage 4 colon cancer. 'Ma Rainey's Black Bottom' was the last film Boseman worked on.

"It's fascinating that nobody knew," Washington said of Boseman's private battle with cancer. "Well, credit to him; he kept it to himself. It was nobody's business. He was there to deliver and he delivered."

"Certain members of his team knew. His wife was there. They weren't even married yet," he added. "And I used to watch how she took care of him, and I actually said to him, I said, 'Man, you know, you need to put a ring on that finger,' cause she kept her eye on him and she watched him. And I'm like, 'Man, she loves that guy.' You know, but I didn't know what we know now."

Boseman and Ledward were romantically linked in 2015 and got engaged in October 2019. His family confirmed that the couple had secretly wed when announcing his death in August on the late actor’s social media accounts.

Prior to their engagement, Boseman and Ledward made their red carpet debut at the Screen Actors Guild Awards in January 2019 when Boseman was nominated for Black Panther. Later that year, at the 50th NAACP Image Awards, the actor received the outstanding actor in a motion picture award for his starring role in the Marvel film and paid tribute to Ledward in his acceptance speech.

"Simone, you're with me every day. I have to acknowledge you right now. Love you," Boseman said in his speech as Ledward mouthed back the words, "I love you."

Last month, Ledward was granted the authority to administer her late husband's estate.