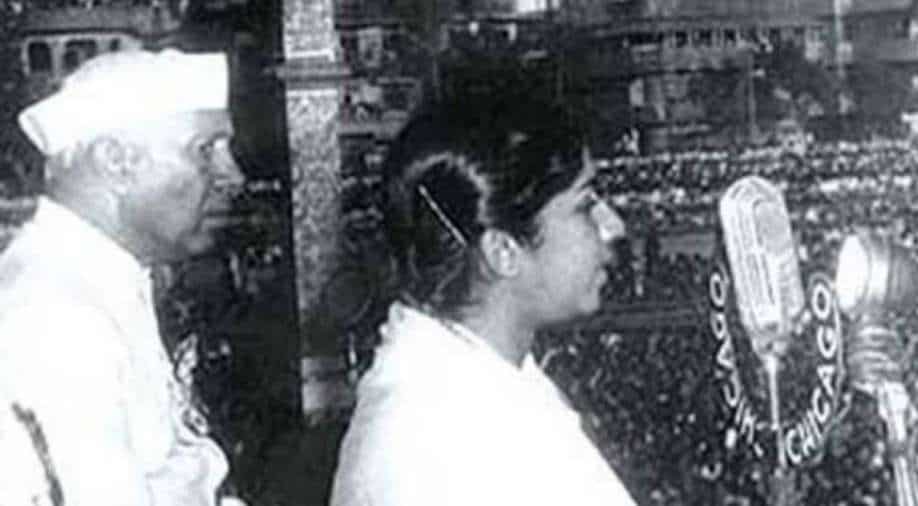 The emotional song is sung by none other than the iconic singer Lata Mangeshkar, who left for heavenly abode on Sunday (February 6) at the age of 92.

The song 'Ae Mere Watan Ke Logon' is written in Hindi by Kavi Pradeep and composed by C Ramchandra.

It was first performed live two months after the war by Mangeshkar on Republic Day (26 January) 1963 at the National Stadium in the nation's capital, New Delhi.

Years later in 2013, in one of the media interviews, Lata Mangeshkar said that she had initially refused the opportunity to sing the song, as she had said she wasn't prepared during that time.

"It was Pradeepji, (Kavi Pradeep) the poet, who wrote the immortal lyrics, who came to me and asked me to sing the song. I declined because there was no time to rehearse. You see, at that time I was working round-the-clock. To give special attention to one song seemed impossible," she had said.

The government announced two days of national mourning. The national flag will fly at half-mast and the Bollywood icon will be given a funeral with state honours.

She passed away on Feb 6 at 8:12am (local time) due to a multi-organ failure, said Dr Pratit Samdani, who was treating the iconic singer in Mumbai's Breach Candy Hospital.

Known as the 'Queen of Melody' and the 'Nightingale of India', Mangeshkar was one of the most loved singers in the history of the Indian music industry.

She was admitted to the hospital on January 8 after she had been diagnosed with Covid and pneumonia. She had recovered from the deadly virus but Mangeshkar was put on ventilator support after her condition worsened on Saturday.