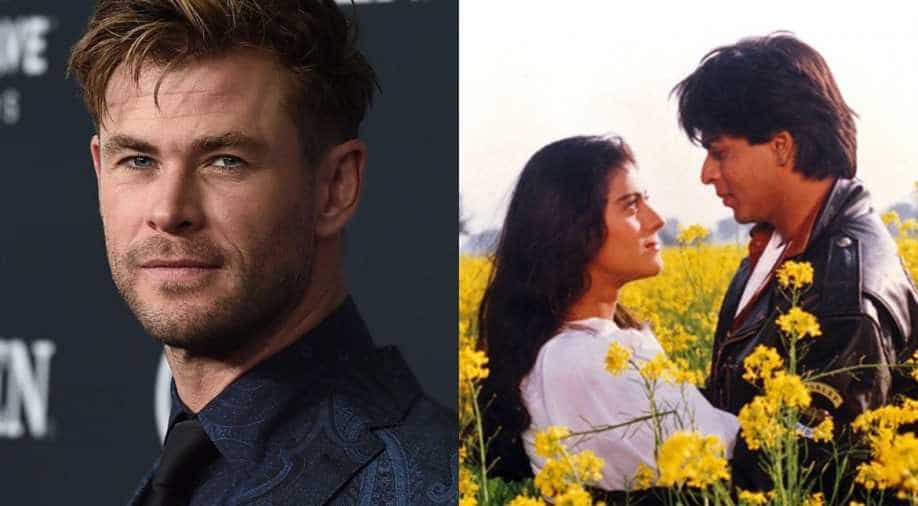 If you need more any reason to fan over Chris Hemsworth, we have one!

The ‘Avengers: Endgame’ star recently shooting for his upcoming Netflix film ‘Extraction’ with some Indian cast and crew including actors like Randeep Hooda, Priyanshu Painyuli and newcomer Rudhraksh Jaiswal said something in Hindi that will melt your heart.

Sharing a light moment on the sets of the shoot, Chris was asked to say a Shah Rukh Khan’s film dialogue which the actor sportingly did. He was asked to say the iconic dialogue ‘Bade bade shehron mein aisi choti choti baatein hoti rehti hain’ from the Hindi film ‘Dilwale Dulhania Le Jayenge’ that released in 1995.

@rudhrakshjaiswal1 is thrilled to work in Extraction with Chris Hemsworth in lead. Rudhraksh jaiswal is working in the movie called EXTRACTION, which was previously know as Dhaka. His experience working with Chris Hemsworth was dream come true. Movie is going to release on the 24th April on Netflix. He portrays the kidnapped kid who gets rescued by Chris Hemsworth. He plays a pivotal role in the movie. #chrishemsworth 🔥🔥

This is the second time in a row that there has been a mention of the iconic film after US President Donald Trump too mentioned the film while addressing a large gathering at Motera Stadium in Ahmedabad on his first day visit to India on February 24. He is now in New Delhi and will fly out of the country tonight.

Meanwhile, Chris Hemsworth’s Netflix film with Randeep Hooda and others was initially titled ‘Dhaka’ and makers the directorial debut of Sam Hargrave. Now called ‘Extraction’, the film is written by Marvel’s Joe Russo of the Russo Brothers.