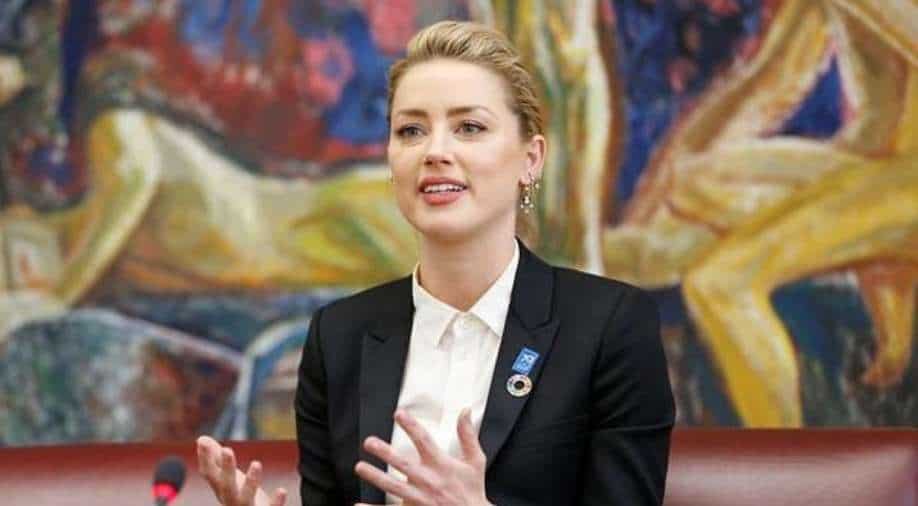 Amber Heard gets a marriage proposal from a Saudi man Photograph:( Instagram )

A viral post of a Saudi man who has been DMing actress Amber Heard has left the internet in splits.

The internet is a weird yet funny place! Here anything and everything can go viral. The latest being a voice note of a Saudi man who has offered to marry 'Aquaman' actress Amber Heard post her defeat in the defamation case against her ex-husband and 'Pirates of the Caribbean' actor Johnny Depp.

In a screengrab posted by several Instagram accounts, the Saudi man is seen DMing Heard on multiple occasions. Apart from a few random texts, he had also sent a voice note to the American actress promising that he will fill her life with joy and happiness.

As per reports, the Saudi man speaks the following in Arabic, “Amber… since all doors are closing on you, you have no one except me to take care of you. I’ve noticed that some people hate and bully you, therefore, I decided to marry you. May Allah bless us both. You are a blessing but people don’t appreciate that. I am better than that old man.”

Within a few hours of its upload, the post garnered nearly 100,000 views and went viral.

On Wednesday, Depp won the defamation suit against Heard after the seven-member Virginia jury found that the latter had defamed the former in a WaPo article. The jury awarded Depp $15 million in damages while Heard was awarded $2 million in damages.

The Oscar-nominated actor had sued his ex-wife for $50 million in damages over a 2018 op-ed essay in The Washington Post. In the article, she called herself a “public figure representing domestic abuse.”

Although the essay didn't have any mentions of Depp, his attorneys claimed that it indirectly affected their client's reputation and affected his work in Hollywood.

After dating each other for a couple of years, Depp and Heard tied the knot in a private ceremony in Los Angeles in 2015. Within a year of their marriage, Heard filed for divorce and obtained a temporary restraining order against her ex-husband.

She alleged that Depp had physically assaulted her multiple times during the entire course of their relationship, and said that it usually happened under the influence of drugs or alcohol.