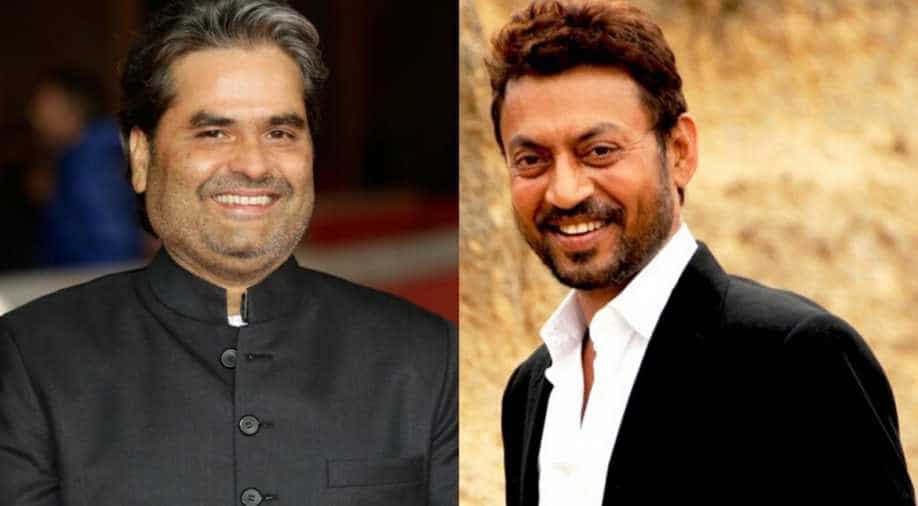 Vishal Bhardwaj and Irrfan Khan had worked together in films like ‘Maqbool’ and ‘Saat Khoon Maaf’.

The filmmaker has thus written an emotionally charged screenplay titled ‘Irrfan and I’, remembering the late actor. He captioned it: "My ode to a beautiful friend."

The screenplay fictionalises the news around Irrfan’s demise as he died a sudden death after being admitted to hospital in Mumbai for a colon infection. Irrfan had been battling with cancer for two years now but he was reported to have recovered after treatment in London.

Meanwhile, in Vishal’s screenplay, he reacts with disbelief when he learns of Irrfan’s demise. When Vishal was told about the news, he said he felt deep remorse almost as if a bomb exploded in his coronary heart.

‘Irrfan and I’ My ode to a beloved friend. Link to today’s Times of India article in bio. Photo credit: @aparna_jay

The screenplay then has  assembly between the 2 artists. The scene then dissolves to the shoot of Vishal Bhardwaj’s Hamlet adaptation set in Kashmir, ‘Haider’. Irrfan had played the role of Roohdaar (a surrogate for Hamlet’s ‘Ghost’).

Vishal Bhardwaj and Irrfan Khan had worked together in films like ‘Maqbool’ and ‘Saat Khoon Maaf’.

From Chandrakanta to Kahkashan: A look at Irrfan Khan's memorable work on television