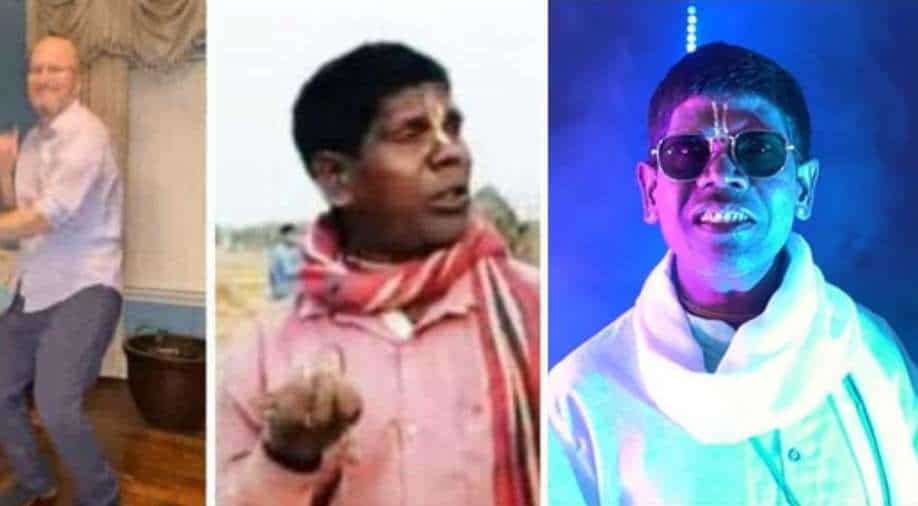 Viral peanut seller has made a new remix. Photograph:( Twitter )

Now, the Kacha Badam singer Bhuvan Badyakar from West Bengal is collaborating with Haryanvi artists for a remix version of it.

It’s highly unlikely that if you have an Instagram account and have not heard the viral ‘Kacha Badam’ song that’s on every reel and story. The viral song that originated from a Bengali man who sang it in his local language as he sells peanuts has made it to mashups and TikTok and what not.

Now, the Kacha Badam singer Bhuvan Badyakar from West Bengal is collaborating with Haryanvi artists for a remix version of it.

Haryanvi singer named Amit Dhull has collaborated with Badyakar to create a Kacha Badam remix with a Haryanvi twist. The video shows some dance steps that are performed by people who have taken part in the trend on social media. The video also stars social media influencer Nisha Bhatt. The peanut seller can be seen in the video as he grooves to his own beats.

Mistress to Queen: Camilla's intense journey of winning over public amid love for Diana