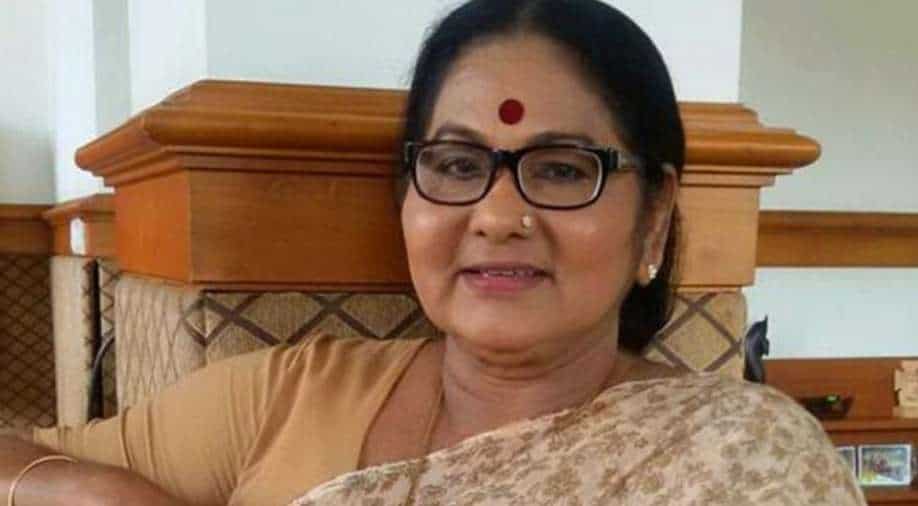 KPAC Lalitha started off her filmy career with theatre. She then went on to act in over 500 films in a career spanning over 50 years.

Veteran Malayalam actor KPAC Lalitha is no more. She died in Kochi at the age of 74.

The news of her death was confirmed by Edavelu Babu, actor and secretary of the Association of Malayalam Movie Artistes (AMMA). She has been suffering from poor health for the past few months. She had liver cirrhosis.

KPAC Lalitha started off her filmy career with theatre. She then went on to act in over 500 films in a career spanning over 50 years. She won two national Awards for best supporting actor (female) and four Kerala State film awards. She was the chairperson of the Kerala Sangeetha Nataka Akademi.

'Someone Chopra': Comedian Rosie O'Donnell apologises to Priyanka Chopra after an awkward chat

She was last seen in the film ‘Home’. There are some films that are still in various stages of productions awaiting release.

Kerala Chief Minister Pinarayi Vijayan condoled Lalitha’s death. “She has become part of history with her acting skills, by winning a place in the hearts of various generations. Her acting career was one that began in theatre and Malayalis considered her a part of their family. She has won people's hearts with her social commitment,” he said.