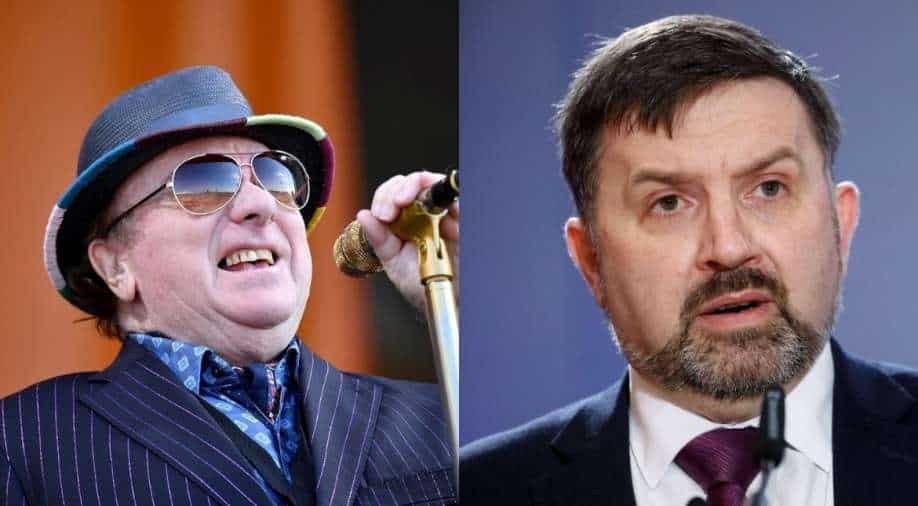 Von Morrison, in September 2020, released three songs, including ‘No More Lockdown’, ‘Born to Be Free', and ‘As I Walked Out’.

Northern Irish singer and songwriter Van Morrison has started legal proceedings against the Northern Ireland Department of Health and its minister, Robin Swann, over an opinion piece the latter wrote for Rolling Stone magazine. Swann had blasted the singer’s standpoint on COVID19 restrictions and lockdowns.

Morrison, in September 2020, released three songs, including ‘No More Lockdown’, ‘Born to Be Free', and ‘As I Walked Out’. One of the song’s lyrics accused scientists of "making up crooked facts."

Swann, in the opinion piece, said he feels disappointed in Morrison, whom he acknowledged as a "music legend."

Also Read: The haunted ‘Conjuring’ house has been sold & the price will give you a nightmare

Further, he wrote, "If you see it all as a big conspiracy, then you are less likely to follow the vital public health advice that keeps you and others safe."

Terming Morrison's actions "bizarre and irresponsible," Swann said: "I only hope no one takes him seriously. He’s no guru, no teacher. "

Morrison has now taken legal action against the Department of Health and Swann. The singer's solicitors have denied giving details about the lawsuit, while the Northern health department has declined to comment.

However, Morrison’s spokesperson informed, "We confirm that legal proceedings have been instituted against Mr. Robin Swann MLA and the Department of Health as co-editors of an op-ed in Rolling Stone.’

Morrison’s action comes after Swann issued a court case against the singer in 2021.

The singer's four concerts were cancelled at the last minute in Belfast in June after Northern Ireland put a "blanket ban" on live music concerts as a part of the virus-induced restrictions.