'Unfinished' allowed me to forgive myself for always running: Priyanka Chopra Jonas on memoir 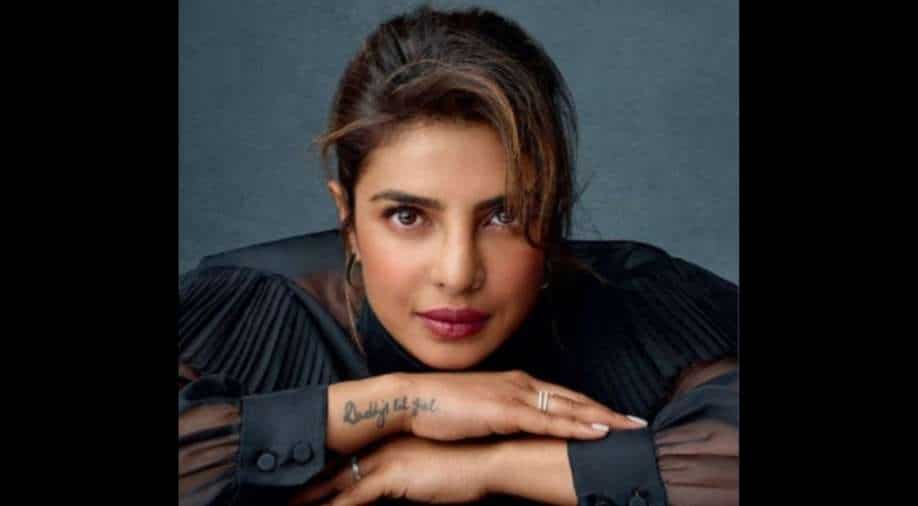 Actor-producer Priyanka Chopra Jonas says her memoir 'Unfinished' is not about her laurels but a “sort of dissection” of her failures, sadness and struggles, a way of letting go of her insecurities and forgiving herself for always chasing the next goal.

A former Miss World, an actor and a producer who made a mark in Bollywood and also across the seas in TV shows and films, Chopra Jonas has always been a high achiever and is already the subject of three biographies.

But 'Unfinished', which charts her early days, family life and a two-decade career in the entertainment business, happened because she wanted to commemorate the journey herself, Chopra Jonas told PTI.

"I am at a place in my life where I can look back and introspect and I thought it was as good a time as any to pen down this journey I’ve been on. It allowed me to sort of forgiving myself for always running and it gave me the ability to forgive my own insecurities that I had when I was younger. The process of writing the book was very healing for me," the 38-year-old actor said in the email interview.

The writer in her was always there, she said, but she was afraid of the structured writing that comes with penning a book.

"I really wanted this book to not be about my achievements and laurels. Because I started writing it at a time when I was home and I had the ground beneath my feet, I sort of treated it like a journal. “A lot of introspection happened very organically—a sort of dissection of my failures, my sadness, and the times in my life where I have struggled. I don’t know how it became that book, but I think that’s the book I internally wanted to write," she said.

The Jamshedpur-born star, who made a name for herself in India with movies such as 'Fashion', 'Kaminey' and 'Bajirao Mastani', is now married to American pop singer Nick Jonas. She is one of the few to have embarked on a successful career in the West with the TV show “Quantico” as well as films, including “Baywatch” and “Isn’t It Romantic”.

Chopra Jonas described her memoir as a sort of "in-between interviews" version of her life -- the public version versus her real story. "It is a vulnerable version of me that only I can explain. A curtain’s down look at my life in my words."

Chopra Jonas said she was honest about things that mattered to her and her journey at the moment while writing the book.

Born to Ashok and Madhu Chopra, physicians in the Indian Army, her brother Sidharth and she spent their growing up years in towns across the country, including Delhi, Bareilly and Pune.

Chopra Jonas spent her teenage years in the US, living with extended family, an experience she also details in the book that is published by Penguin Random House and was launched on February 9.

The star, who most recently executive produced and starred in Ramin Bahrani's 'The White Tiger', has written in detail about her early life, her win at the Miss World 2000 pageant, and how she almost did not have a career due to a botched surgery to remove a polyp from her nasal cavity in 2001.

The actor went through several corrective surgeries but the change in her appearance cost her two films at the beginning of her career.

She has also spoken at length about her struggle to cope with grief after her father's death from cancer at the age of 62 in 2013 and the challenges in dealing with "big boys club" in Hindi cinema. In one case, she lost projects because the hero wanted his girlfriend to star opposite him.

Chopra Jonas said she didn't start writing the book properly till the quarantine last year in the wake of the coronavirus pandemic. Being home for six months gave her the time to scratch beneath the surface, she said.

She also runs a production house, Purple Pebbles Pictures, which has backed the National Award-winning Marathi films 'Ventilator' and 'Paani'.

As a global star, the dream is to "create a cross-pollination of storytelling" by collaborating with talents from across the world and infusing Hollywood with South Asian talent.

Her hope, Chopra Jonas said, is to constantly push herself to explore new ideas that not only entertain but most importantly, open minds and perspectives.

"My greatest joy with Purple Pebble Pictures is being able to create movies and TV shows with an all South-Asian cast in Hollywood. We haven’t seen that very often. My quest really is to be able to tell female stories, work with creators from around the world and create a cross-pollination of storytelling," said the actor, who became the first South Asian to headline an American show with "Quantico".

As far as challenges are concerned, Chopra Jonas said she looked at them as "things to overcome" rather than difficult situations holding her back.

"I was trying something new in what I was presenting and wanting for myself, so the path was destined to be difficult, but I kept taking it one step at a time and so far, I''m happy with how it turned out," she added.

She will next be seen in the rom-com 'Text For You', the sci-fi feature 'The Matrix 4', the Amazon thriller series 'Citadel', produced by Russo Brothers, and 'Sangeet', an unscripted series co-produced with her husband.

Chopra Jonas will also produce a film with Amazon Studios on the life of Ma Anand Sheela, the former aide to late godman Osho Rajneesh.