Twitter gushes over Rajinikanth's ‘Into The Wild With Bear Grylls’ episode 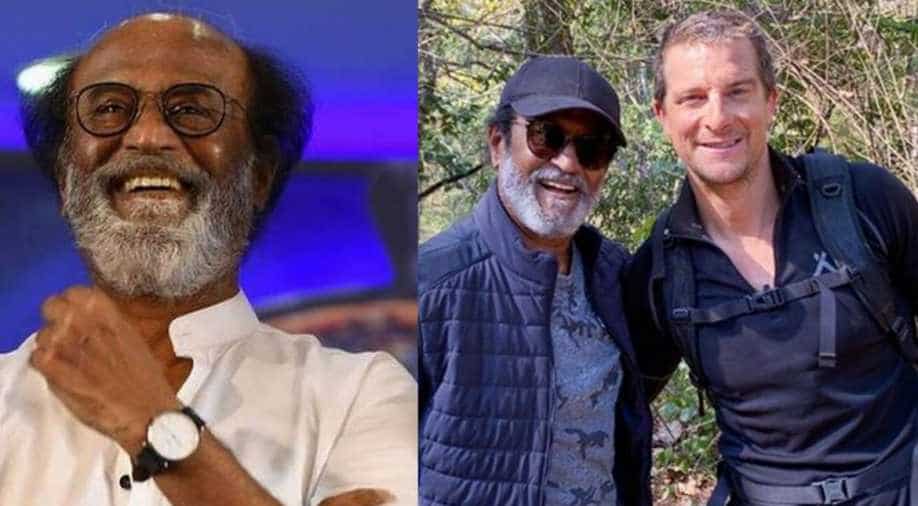 Rajinikanth is the second Indian to be a part of Bear Grylls' show. Before this, Indian PM Narendra Modi appeared on the show last year in August.

If there is one thing that has been on everyone’s mind apart from coronavirus, it is Rajinikanth’s special episode of ‘Into The Wild With Bear Grylls’ that aired on Monday.

The excitement in India around my adventure @rajinikanth on Into The Wild with @BearGrylls has been amazing to see. And for the hundreds of MILLIONS of his fans, the wait is over and the action is about to begin.The show premieres tonight at 8pm @DiscoveryIN #ThalaivaOnDiscovery pic.twitter.com/3z2gfX2Na3

In the special episode, of which we have seen some promos and posters earlier, Rajinikanth and Bear Grylls explore the wilderness of Bandipur National Park. Rajinikanth can be seen not only climbing an old iron bridge, which was 50 feet above the ground but also crossed a water body.

Many people were seen commenting "Age is just a number" looking at all the stunts that Thalaiva is doing.

One said, "Just watched the premiere. Wow! What a beautiful soul you are Thalaiva...so stylish and charming even in the woods," while another wrote, "The tasks may not have been too tough... Still, Mr Rajinikanth at his age completed them! And all his talk was quite endearing. Good one, Bear Grylls!"

The special episode was shot in January. It was then reported that Rajinikanth suffered minor injuries while shooting but the actor then clarified that those were “only scratches due to thorns”. He had then said, "I have finished shooting for the 'Man vs Wild' episode. I have not received any wounds but some scratches due to little thorns. I am alright.”

Also see: Rajinikanth teaches his signature move to Bear Grylls in the new promo of 'Into The Wild'

Rajinikanth is the second Indian to be a part of Bear Grylls' show. Before this, Indian PM Narendra Modi appeared on the show last year in August.