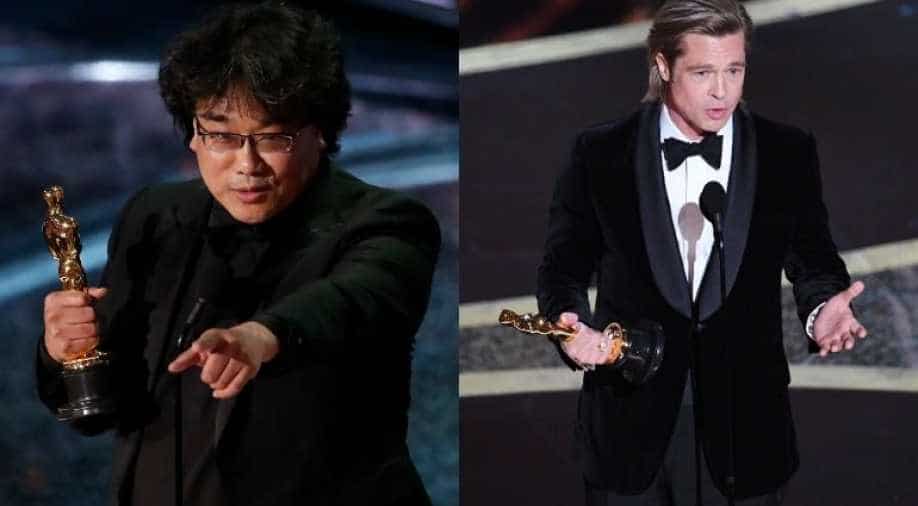 Today was one of the biggest nights for Hollywood. The Oscar awards took place at Dolby Theatre in Los Angeles.  Korean drama 'Parasite' created history, becoming the first non-English language film to win the best picture as well as three other major wins.

Oscars 2020: The complete list of winners for the 92nd Academy Awards

We saw it coming. Joaquin Phoenix took home Best Actor Oscar for his role in the film ‘Joker’ as he played a dark character who is tormented by the world and ultimately takes revenge for it all in the film that was one of the most-talked about movies of the year. Read more

Brad Pitt's Oscar speech was about his kids, Tarantino and Trump's impeachment

Brad Pitt had an eventful Oscars 2020 as he took home his first Oscar for acting for his role in ‘Once Upon A Time in Hollywood’. His was the first Oscar awarded. As he came on stage to accept his Oscar, Brad Pitt made a few jokes and a special mention of his kids that he shares with ex-wife Angelina Jolie. Read more

The Barack and Michelle Obama-produced film 'American Factory' snagged an Oscar on Sunday for best documentary -- a win for Netflix, which backed the story of a manufacturing plant in the US Midwest reopened by a Chinese billionaire.Read more

On Sunday night at the Oscar awards ceremony, as Bong Joon-ho picked up four awards including the one for best direction, the Korean filmmaker paid a fitting tribute legendary filmmaker Martin Scorsese- whom he admitted was a great source of inspiration during his growing up years.Read more