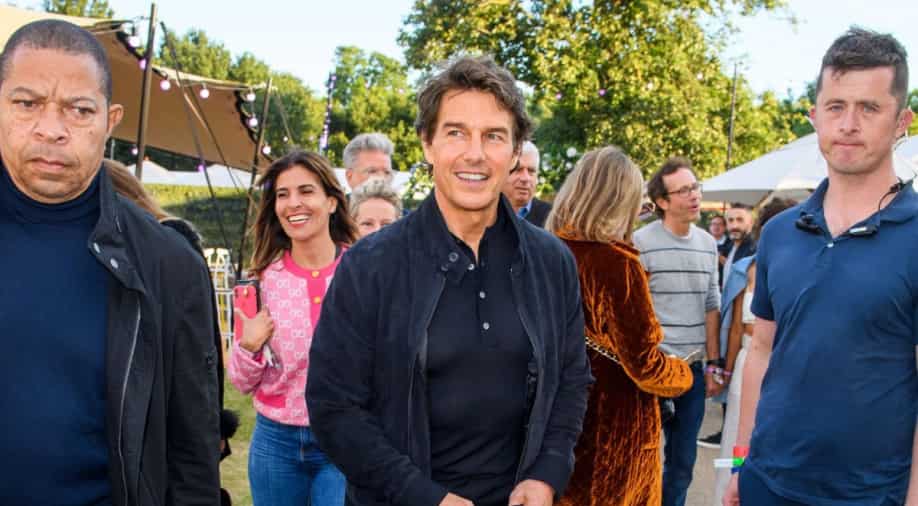 Hollywood star Tom Cruise, who recently broke several box office records with his film 'Top Gun: Maverick', took some time off his busy schedule to enjoy a special performance by Adele in London. Making a surprise appearance at the Grammy award-winning singer's Hyde Park concert, the actor left many stunned as he walked into the venue.

As fans approached the ‘Top Gun: Maverick’ star for some pictures, he happily obliged. Several snaps from the sold-out show, which saw more than 90,000 people gather at the central London park, are now going viral.

Showing off his muscular physique at the concert, the actor wore a black button-up along with a chic suede jacket and a pair of dark denim pants.

Tom was seen enjoying the concert with a mystery woman, who opted for a baby pink cardigan and some flared denim pants. Meanwhile, reports of his separation from his on-and-off girlfriend Hayley Atwell are doing rounds.

Expressing their love for Tom and appreciating him for the surprise visit, several fans took to their Twitter handles to pen notes and tweets. One user wrote, "I saw actual Tom Cruise at Adele and yes, I screamed. (sic)" Another wrote, "Just realised @TomCruise was at Adele too… Wish I could have been one of the lucky few to see him! (sic)"

I saw actual Tom Cruise at Adele and yes, I screamed.