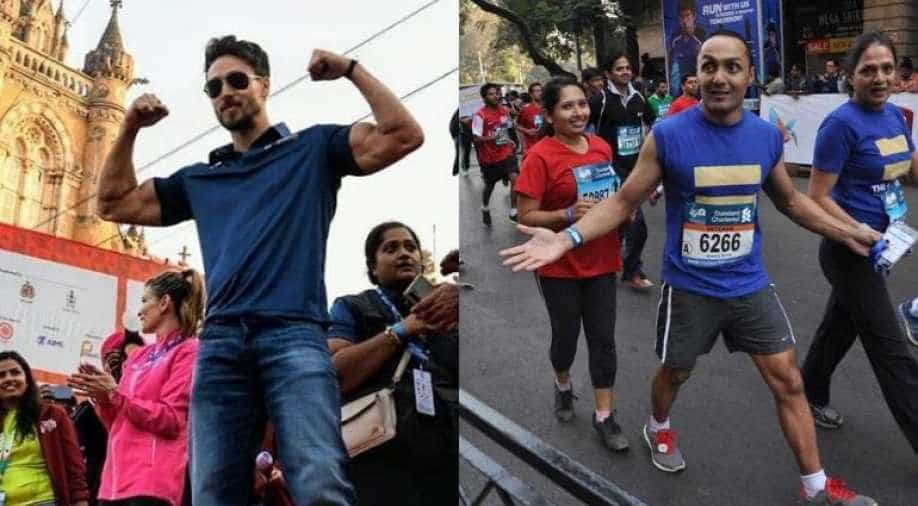 Actor Tiger Shroff addressed environmental issues including environmental degradation and climate change as he participated in the ongoing 17th edition of the Tata Mumbai Marathon on Sunday.

While talking about the motive behind running the marathon, the  'Heropanti' actor said,  "My cause is the most immediate threat to the environment, climate change has been rampant. Whatever we can do for the environment, we must...we should do our bit by planting trees''.

The 39-year-old actor laid stress on people making small efforts as he stated, "You can make a difference in your own house, by switching the lights off, not leaving the tap on. These are common things but a lot of us forget to do that. Save water, save power, save the environment."

Tiger also shared a message for people who didn't attend the marathon as he stated people should invest at least half an hour on the physical activity instead of being engrossed in their mobile phones.

He said, "People who are engrossed in mobile phones, should invest even if it's half an hour to invest some sort of activity whether it be indoor or outdoor. Our bodies are meant to move so keep moving."

Nothing is out of your reach when you really want it. Taking #BeBetter to a whole new level. #TMM2020

Actor Rahul Bose, who has been participating in the marathon for the last 8 years, has been addressing societal issues including child sexual abuse and child education.

"I have been running Mumbai half marathon for the last 7 to 8 years. But from the last 2 years, more than 200 children have been raising funds by participating in it. I have 2 NGOs, one is against child sexual abuse and the second is for the education of children from poor and underdeveloped areas."

So, this time 147 kids ran in the dream run and I have promised them to run along with these kids in the dream run. The kids these days are zealous and are aware of their social responsibilities. Rahul urged the people to attend the marathon if they haven't attended it this year.