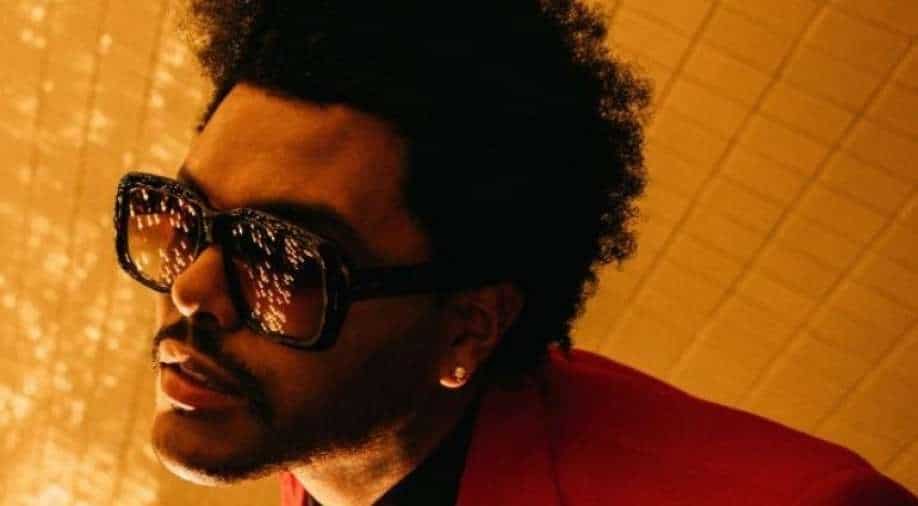 Canadian singer The Weeknd did not find a single mention in the Grammys nomination list on Tuesday.

The 63rd Grammy awards nominations were announced on Tuesday and was dominated by  Beyonce who earned 9 nominations in total. While many celebrated the mention of alternative musicians in the list, there were of course some notable snubs.

Canadian singer The Weeknd did not find a single mention in the list. Fans and the singer himself had expected the Grammys to acknowledge his recent album 'After Hours' which ranked on top Billboard till recently and has been well received.

Soon after the announcement was made, The Weekend accused the Recording Academy- the body responsible for the awards- of being 'corrupt'.

"The Grammys remain corrupt. You owe me, my fans and the industry transparency..." he tweeted.

The singer's recent album and hit single 'Blinding Lights' ranked No 1 on Billboard 200 chart for over three weeks and fetched him several awards including the recent American Music Awards.

The Weeknd was also announced to headline the 2021 Super Bowl halftime show. Naturally, most expected the Grammys to acknowledge the singer and his work when they announced the nominees.

Hours after The Weeknd accused the Academy of being corrupt, its chief Harvey Mason Jr has responded in statement.

"Congratulations to today’s GRAMMY’s nominees who have earned their peers’ recognition for their incredible work," he wrote. "There were a record number of submissions in this unusual and competitive year. We understand that The Weeknd is disappointed at not being nominated. I was surprised and can empathize with what he’s feeling. His music this year was excellent, and his contributions to the music community and broader world are worthy of everyone’s admiration. We were thrilled when we found out he would be performing at the upcoming Super Bowl and we would have loved to have him also perform on the GRAMMY stage the weekend before," the statement that has been provided to The Hollywood Reporter, reads.

"Unfortunately, every year, there are fewer nominations than the number of deserving artists," the statement continued. "But as the only peer-voted music award, we will continue to recognize and celebrate excellence in music while shining a light on the many amazing artists that make up our global community. To be clear, voting in all categories ended well before The Weeknd’s
performance at the Super Bowl was announced, so in no way could it have affected the nomination process.  All GRAMMY nominees are recognized by the voting body for their excellence, and we congratulate them all, " it further added.

Other artists such as Harry Styles, BTS, Luke Combs, The Jonas Brothers and more were also snubbed.

Styles received nominations in the best pop vocal album category but he was shut out of all four major categories.

BTS, on the other hand, created history as it became the first K-pop band to earn a Grammy nomination in a pop duo/group performance category.

Not just Weeknd but Justin Bieber too showed his displeasure over the nominations.

Bieber received four nominations including best pop solo performance for 'Yummy,'  but stated that his album 'Changes' should have been categorized as R&B instead of Pop.

"To the Grammys, I am flattered to be acknowledged and appreciated for my artistry," Bieber wrote. "I am very meticulous and intentional about my music. With that being said, I set out to make an R&B album. Changes was and is an R&B album. It is not being acknowledged as an R&B album, which is very strange to me. I grew up admiring R&B music and wished to make a project that would embody that sound. For this not to be put into that category feels weird, considering from the chords to the melodies to the vocal style, all the way down to the hip-hop drums that were chosen, it is undeniably, unmistakably an R&B album!" the singer said on Instagram.

The Grammys will take place in January and will be hosted by Trevor Noah.