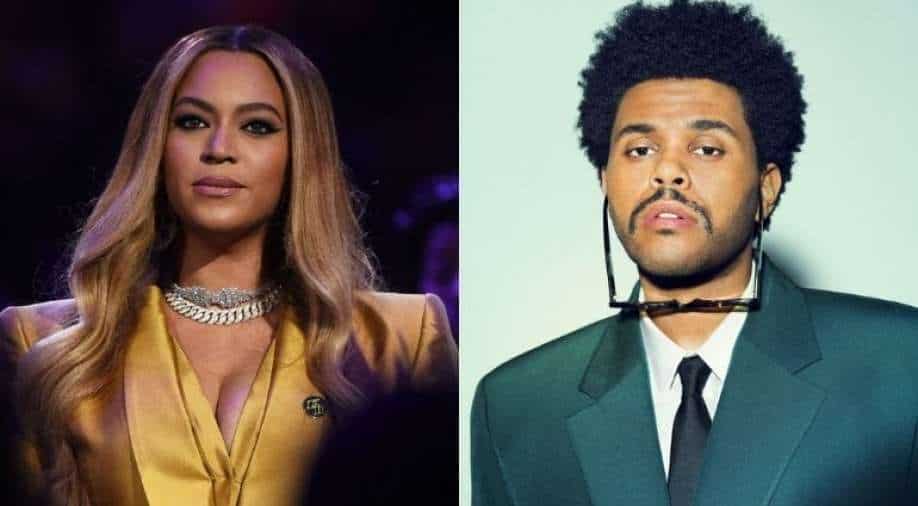 Soon after the Grammy nominations were announced, The Weeknd took to Twitter to lodge his protest and wrote, "The Grammys remain corrupt. You owe me, my fans and the industry transparency."

Queen Beyonce dominated the Grammy nominations on Tuesday night with as many as nine nominations. The Grammys surprisingly favoured alternative artists over mainstream musicians but snubbed Canadian singer The Weeknd.

Beyonce`s leading nine nods made her the second most nominated Grammy artist in history, with 79 nominations, and came through projects that celebrated Black culture in a year of racial turmoil in the United States.

Both Swift and Dua Lipa will compete for the top prize- Album of The Year- along with fellow nominees Post Malone, Coldplay, Haim, Briton Jacob Collier., Black Pumas and Jhene Aiko.

While many lauded Grammys inclusion of alternative music in a big way, The Weekend's snub was unexpected.

The Canadian singer was widely expected to rack up several nominations for his critically acclaimed hit album 'After Hours,' which has won multiple awards this year including the recent AMAs.

BTS creates history at Grammys 2020, earns first ever nomination for a K-Pop band

Variety described the omission of the R&B singer "the biggest snub in memory."

Soon after the announcement was made, The Weeknd took to Twitter to lodge his protest and wrote, "The Grammys remain corrupt. You owe me, my fans and the industry transparency."

The Recording Academy in June announced tighter rules regarding potential conflicts of interest after claims that the selection process was open to rigging.

The Grammys, the highest honors in the music industry, will be handed out in Los Angeles on January 31 hosted by Trevor Noah.