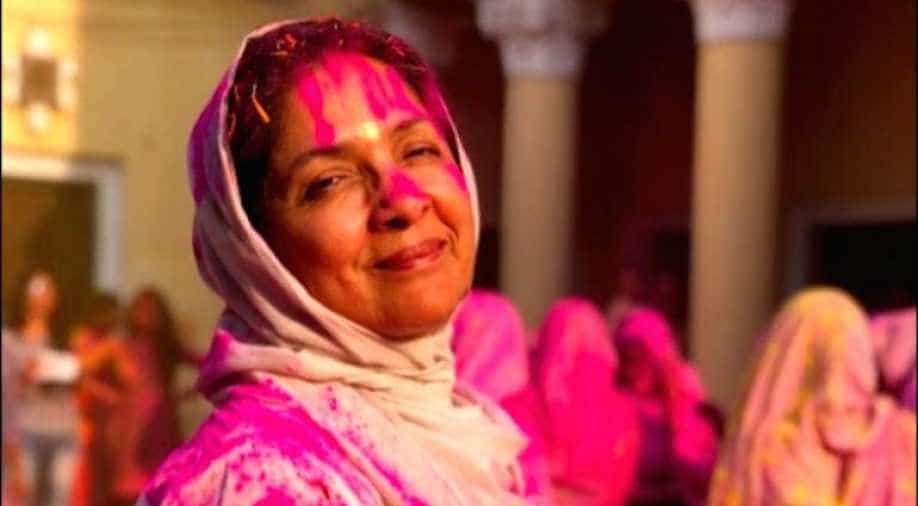 In 'The Last Colour' Neena Gupta plays a widow whose life is colourless as she lives in obscurity in Benaras. She befriends Chhoti who fills colours in her life through the course of the film.

After winning accolades all over the world at various film festivals, celebrity chef Vikas Khanna's film 'The Last Color' is finally set to release in India.

The film features Neena Gupta as a widow in Benaras, where the story is set. The film narrates the story of a widow and her uncanny bond with Chhoti, a nine year old who is a tightrope walker and flower seller in the bylanes of Vrindavan.
This is Michelin Star Indian Chef Vikas Khanna's debut film as a director.

The trailer shows Neena Gupta in an absolutely new avatar. Gupta plays a widow whose life is colourless as she lives in obscurity in Benaras. She befriends Chhoti who fills colours in her life through the course of the film.

Director Vikas Khanna excitedly states, “The journey of 'The Last Color' has indeed been a long and eventful one. The love and appreciation and acclaim showered onto us over the past one year is extremely humbling. Having travelled the whole world and taken the film onto the global stage, it indeed feels overwhelming to bring the film to its roots - India and have a theatrical release for audiences back home. This cinematic narrative is very close to my heart and after years of passionate effort and perseverance, I am humbled to share it with you”

Lead protagonist Neena Gupta shares, “'The Last Color' has a silver lining of light and hope.. It’s been an incredible journey right from the very beginning. The film has truly left an indelible mark on me and it feels wonderful to have the film finally releasing in India. While it has been humbling to witness the love and appreciation from our international audience, we hope to receive the same appreciation from our Indian viewers too”.

'The Last Colour' is set to release in theatres in India on December 11.